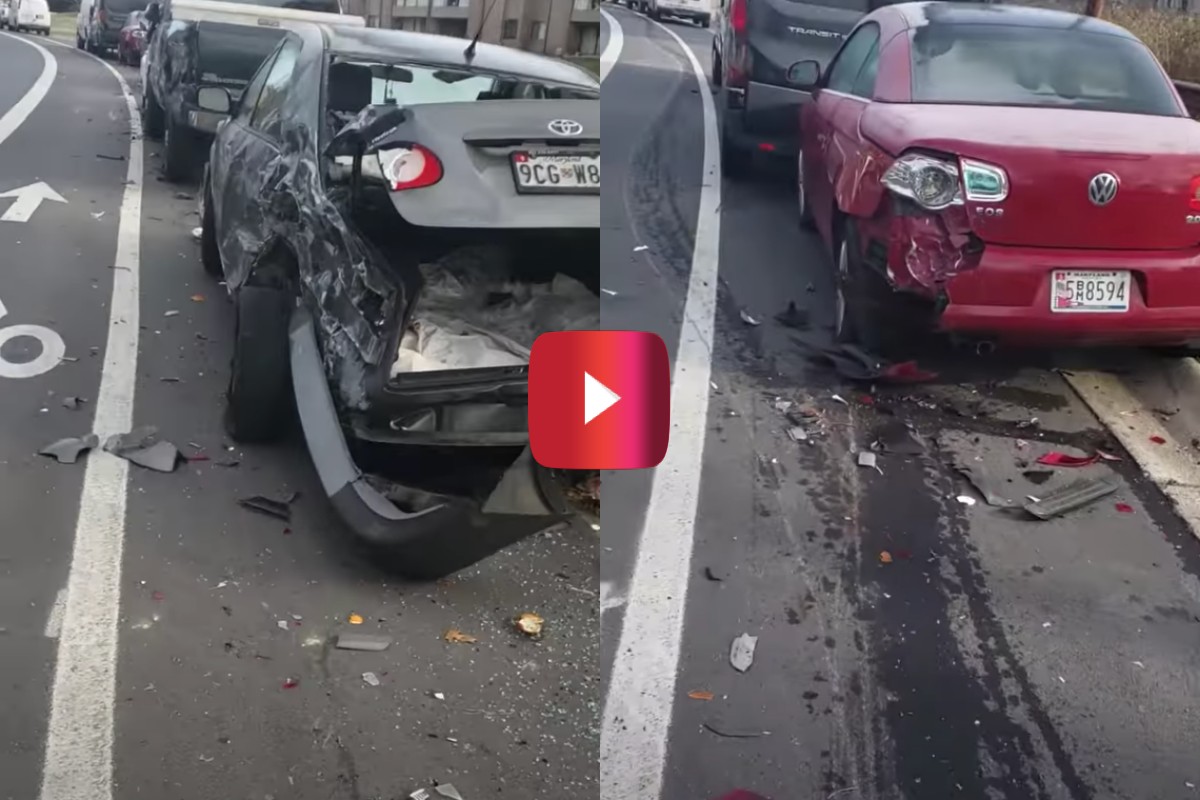 Let us just clarify right from the jump: There is definitely nothing funny about a major accident, or, for that matter, an accident where the perpetrator flees the scene. But, the video you are about to see is pretty freakin’ funny.

A Maryland man captured the aftermath of an epic hit-and-run crash via cell phone, and added in some profanity-laced commentary that would make Samuel L. Jackson proud.

While we don’t want to make light of any driving behavior that could have resulted in serious injuries, this video is oddly entertaining. Just a sidenote: If you’re watching this at work, be extra sure that you have headphones on.

Read More: Car Bursts Through Gym Wall, and This Man on the Treadmill Is Lucky to Be Alive

As funny as the video’s language is, some of the property damage found at the scene of the crash is almost as comical. Take, for example, the poor Toyota Corolla that appears to have taken the brunt of the impact, or the CV axle impaled in the rear bumper of an innocent Chevrolet Silverado. The hit-and-run accident collected no fewer than eight vehicles, and while there is a lot of apparent property damage, there doesn’t seem to be any serious injuries reported with this traffic crash.

There were no police reports that the hit-and-run driver had been caught at the time that the video was uploaded. But, judging by the amount of parts and the trail of oil leaving the accident scene, it shouldn’t have been too hard for police to track down the disabled vehicle. We’d love to see the accident report for this, and we’re sure the driver’s car insurance company would, too.