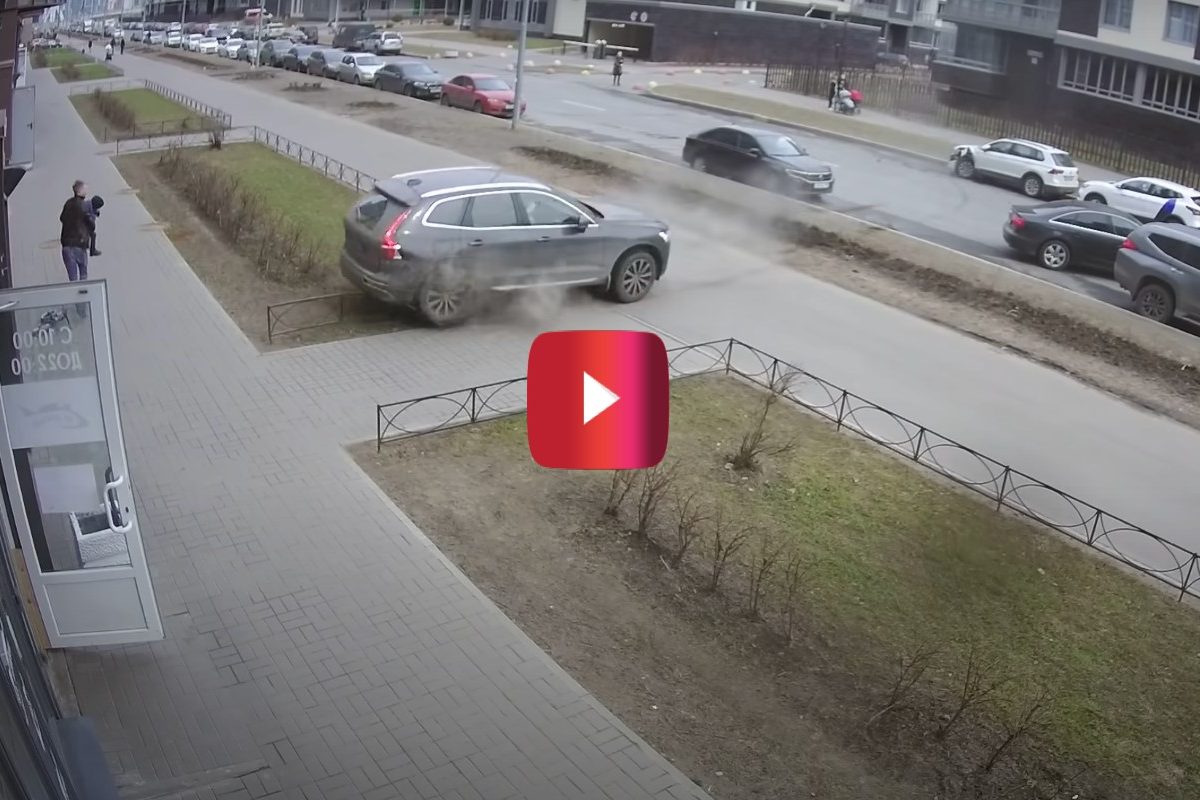 Holy cow! Now, this is the father that every family man should strive to be. His lightning-quick reflexes saved the life of his own son, but this was definitely a close call.

It was a fairly normal day in St. Petersburg, Russia, when, all of the sudden, an out-of-control car started accelerating in reverse. It ended up crashing into another vehicle, before plowing into a building. The below surveillance video captured the craziness of the situation and the heroics of the badass dad.

At the beginning of the video, things seem to be going just fine. We see cars parked on the side of the road, and traffic flowing as usual. Eventually, you’ll notice a small child and his father come out of the building, just past the open door in front of the security camera.

Just seconds after this on the other side of the road, a Volvo SUV suddenly starts flying in reverse, almost as if the throttle were stuck or something. It collides with the Volkswagen SUV parked behind it, but things get even more dangerous as the car veers across the road.

In a split second, the SUV changes direction and is now on a straight path towards the son and his father. Luckily, this dad had heard the collision that happened just prior, and realized he was in the danger zone. Without a second thought, he quickly grabs the child and runs for safety, only just barely missing impact with the vehicle by a few inches. It collides with the building, setting off all the airbags, but the car is finally brought to a halt. I’m not sure exactly what happened here with that driver, but they were fortunate that no one was injured in this craziness.

You never know when those wild events are going to happen. That’s why it’s important to always keep an eye on your surroundings, regardless of the situation. I’m sure Dad will have one hell of a story to tell Mom tonight, but kudos to this father. Hopefully, the driver made it out of this all right, as well.