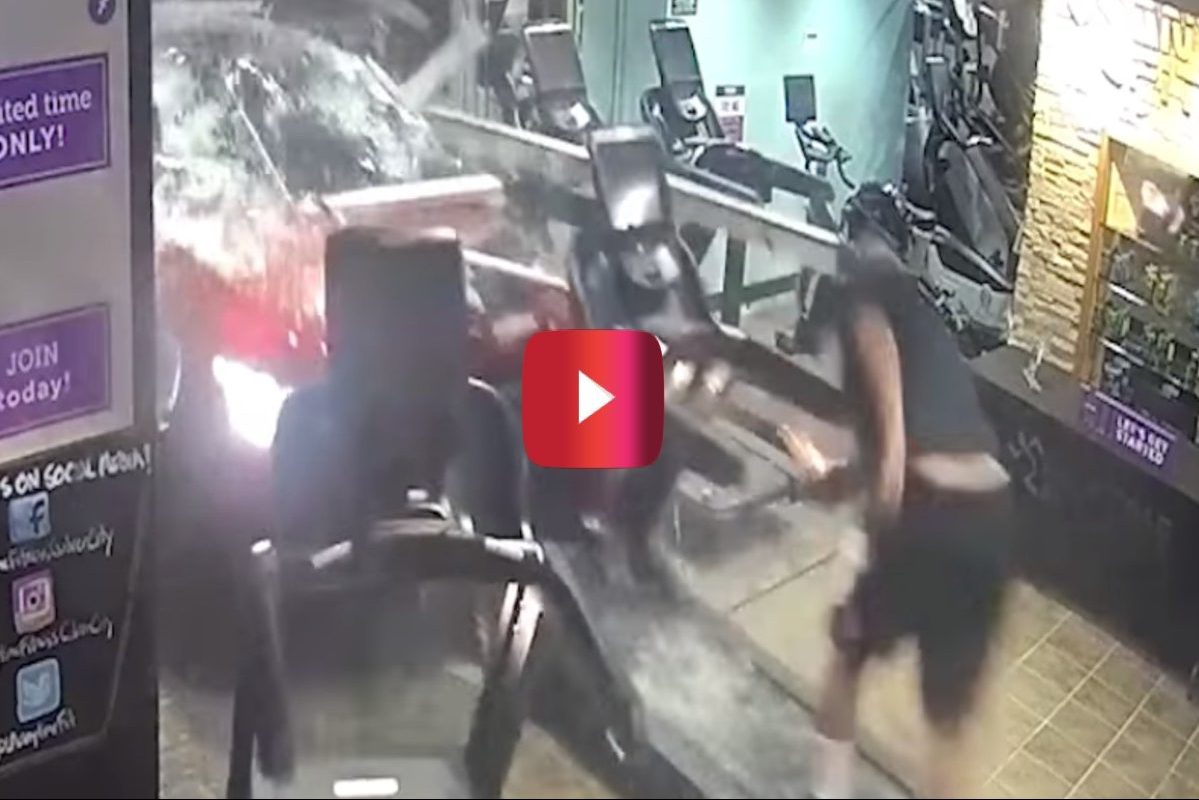 Go to the gym, they said to him. If you exercise you’ll live longer, they insisted. And he listened. So to the gym he went. He’d created a playlist to run along to. Songs to get him motivated. Motivated to work hard and get healthier. He was shuffling through his phone to start the playlist and begin his run. This was it. The man’s path to wellness was going to begin today. For his family. For his kids. For the grandchildren whose company he wanted to enjoy as long as he possibly could. He was doing right by them now. And just as importantly, right by himself. Finally. Then a car exploded through the wall and slammed into him.

The moral of the story? Never go to the gym. And don’t let the lifters tell you this is simply a fortuitous indictment of cardio. It’s the whole gym. Never go. You’ll die.

Actually, the guy was fine, though mostly through pure luck. According to Fox 11, the man in the video, Samuel Kiwasz, would have been pinned between the treadmill and the wall if not for the fact that the office door at the California Anytime Fitness he was pushed into was unlocked. That stroke of luck may very well have saved his life.

The woman driving the car that crashed through the wall claimed that her brake pedal had stopped working. It’s unclear as if that was the case or not.

Fortunately no one was seriously injured — even the car looked okay, and the treadmill was astoundingly sturdy. The gym probably isn?t even going to have to replace it. They just slid that thing back into place. The biggest news from this whole ordeal may really be the incredible craftsmanship that went into making that treadmill.