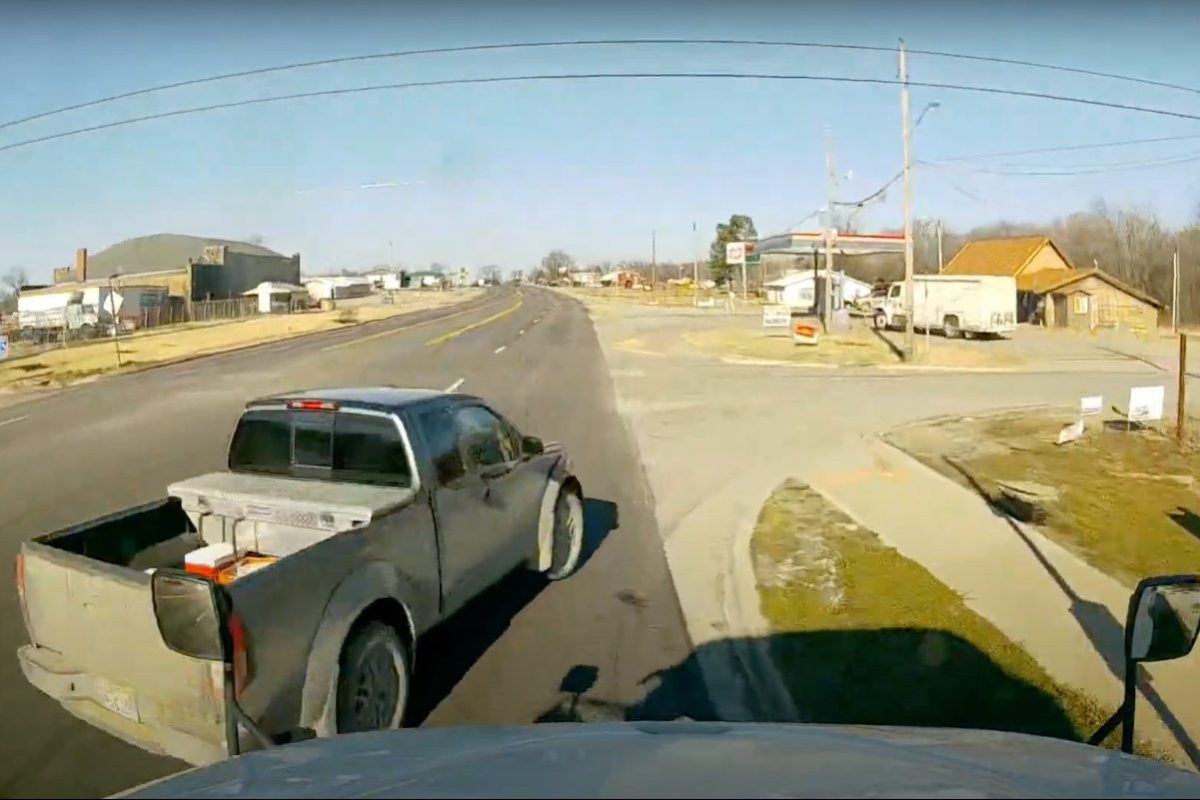 It’s things like this that make you realize just how important it is to be aware of your surroundings while on the road. This pickup driver in Oklahoma made a costly mistake after a last-minute decision to turn right across a lane of traffic.

The driver leaves a semi truck with no options other than to slam right into him, and it was all caught on the trucker’s dashcam.

As the video starts, you notice the semi cruising through town towards his destination. Up just ahead, there’s a Nissan Frontier occupying the left lane. As the semi closes the gap, it appears as if the pickup driver doesn’t know exactly what he wants to do. He wasn’t really holding his lane, and he was moving abnormally slow. The driver of the 18-wheeler tries to pass him in the right lane, but things definitely do not go according to plan.

Out of nowhere, the pickup truck suddenly veers right in an attempt to hit the side street, but it’s quite clear that he never even bothered to check his mirrors. Either that, or his truck was too dirty to see anything out of them. The semi has no time to hit the brakes, nowhere to go, and slams right into the side of the pickup. Even after the initial collision, the two continue forward into a grass lot, and you can even see the pickup flip at the very end of the video. Needless to say, I don’t think this commercial driver was a very happy camper after this.

Now, I don’t know the speed limit, but it does show on the dashcam that the semi was traveling around 59 MPH just before the incident. Could he have avoided this if he were going a little slower? Probably, but he very well could have been traveling within the speed limit. I’ll leave it up to insurance and/or the courts to decide who was at fault, but at least he has the footage to clearly show what happened. Always check your mirrors, people!