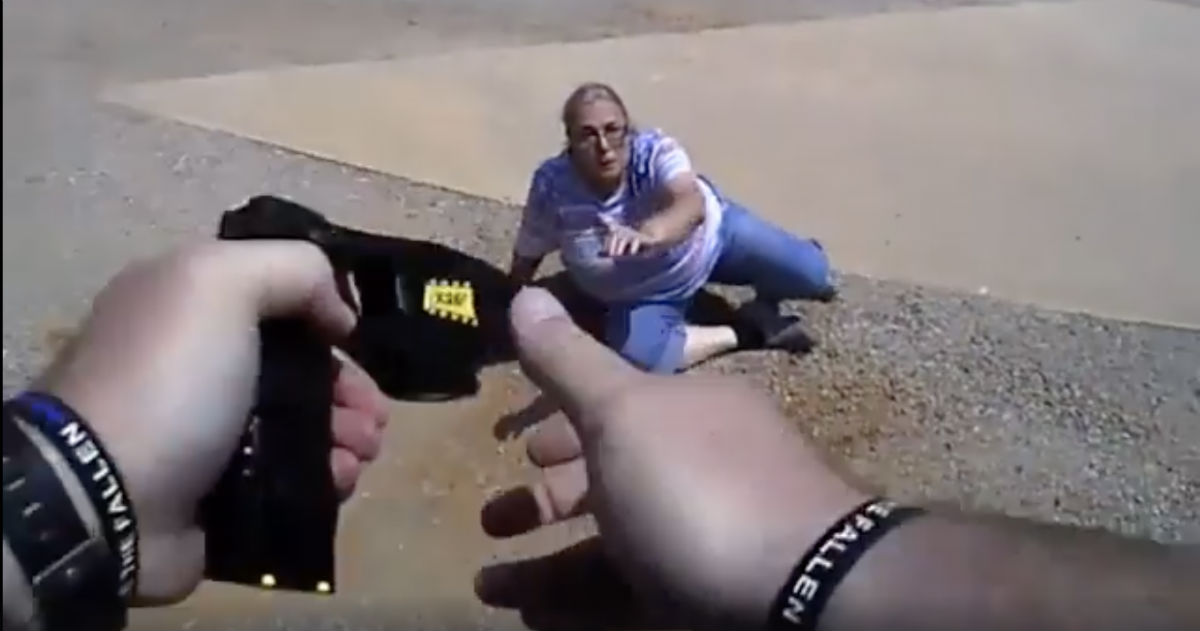 Debra Hamil has definitely had better days. Not only did the 65-year-old Oklahoma woman get herself tased, but she’s also facing one felony assault on a police officer and one misdemeanor for resisting arrest after she became aggressive with a cop when he tried issuing her an $80 ticket for a broken tail light.

Body camera footage provided by the Cashion Police Department shows the moments where Hamil goes from mildly inconvenienced to seriously pissed off to would-be fugitive to wild aggressor to facedown in the pavement. Talk about a real roller coaster ride of a standoff. This belongs in an episode of Cops: Senior Citizens Gone Wild.

Read More: A Utah Nurse?s Unjust Arrest Captivated the Country ? Here?s the Police Chase That Started It All

When the officer asked her to step out of her vehicle, she refused and drove off, leading the officer on a brief pursuit.

Hamil eventually pulled over in a parking lot, and the officer approached her vehicle with a gun. The officer then pulled Hamil out of her truck, and she was caught on camera kicking him and resisting arrest.

The officer deployed his Taser after she refused to put her hands behind her back.

Hamil refused medical attention, but officials said they brought her to the ER for an assessment.

I mean, you hate to see Deb get tased like that, but she was definitely making one hell of a scene. Hard to excuse the way she reacted.

Plus, to be honest, even her initial logic when she’s slightly more calm doesn’t make any sense. “I don’t think that I deserve to pay $80 for something that is fixable, and I can fix it.” Come on, Deb. If you’re not fixing it six months after the tail light got busted, you’re not fixing it anytime soon.

All that being said, something tells me that Debra won’t be getting into any serious run-ins with law enforcement anytime soon.