Ladder Flies Through the Air and Smashes Car’s Windshield 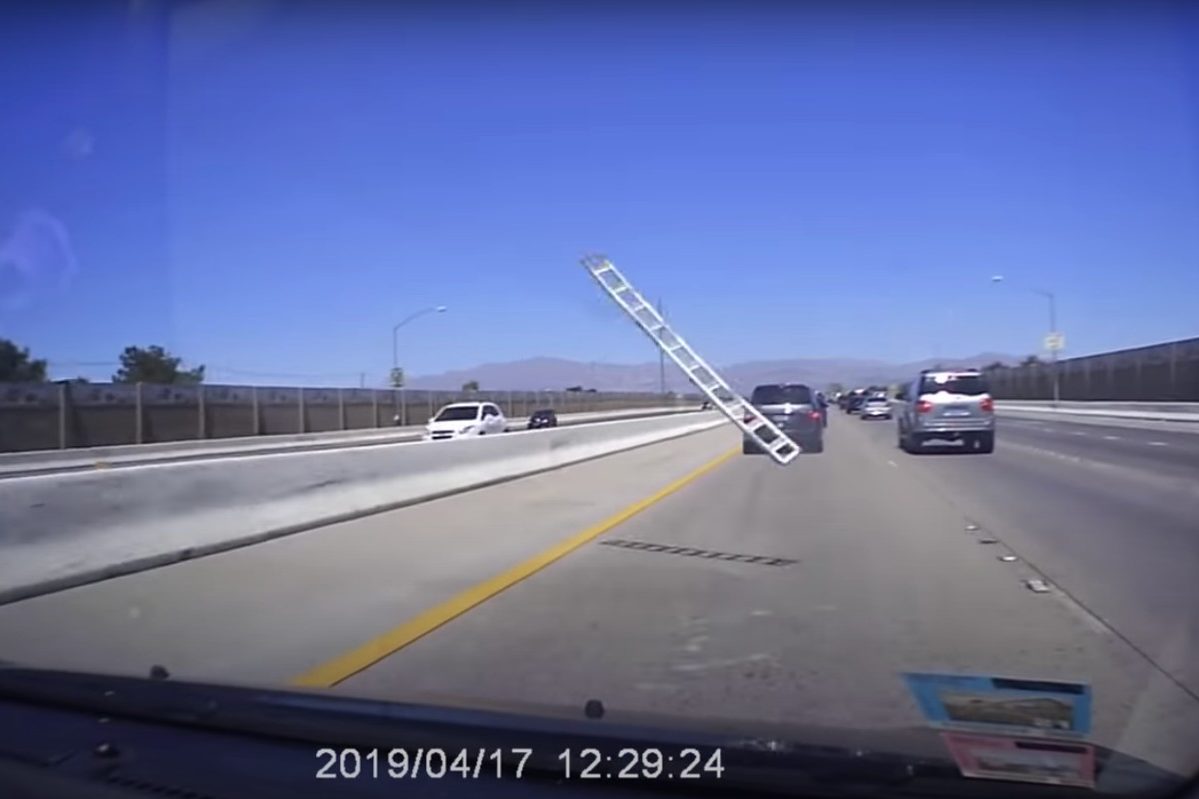 It’s not all that uncommon to be driving down the highway, when all of the sudden something gets run over by a car in front of you, causing the object to fling towards your car at tremendous speed and leave a crack in your windshield. Though, typically when stuff like that happens, it’s usually a rock or something similarly small that ends up doing minimal damage. If you were to tell someone that your windshield got completely smashed by, let’s say, a ladder while you were on your way to work, they probably wouldn’t believe you.

But, during one driver’s highway drive through Las Vegas, Nevada, a ladder actually did somehow find its way onto the road and under a few cars’ tires, before getting launched straight into the windshield.

Read More: This Florida Woman Misses Death by Mere Inches After a Sheet of Plywood SLASHES Through Her Windshield

Well, that’s one way to have your day ruined. As you can see from the footage, both the driver and the passenger seem pretty shaken up by the accident, and rightfully so. This is the type of fluke situation that could have easily resulted in serious injury or even death. The quickness with which the driver pulls over to the shoulder is actually pretty commendable too, considering that there are probably a good number of drivers who would’ve been too shocked by what just happened to immediately react.

As one YouTube commenter points out, in a somewhat decent attempt to put some sort of positive spin on the situation, there could have been a scenario that would’ve made this ladder incident much, much worse.

Yeah, if you weigh certain decapitation against shelling out some money to fix a damaged windshield, the latter option (pun not intended) definitely seemed preferable.