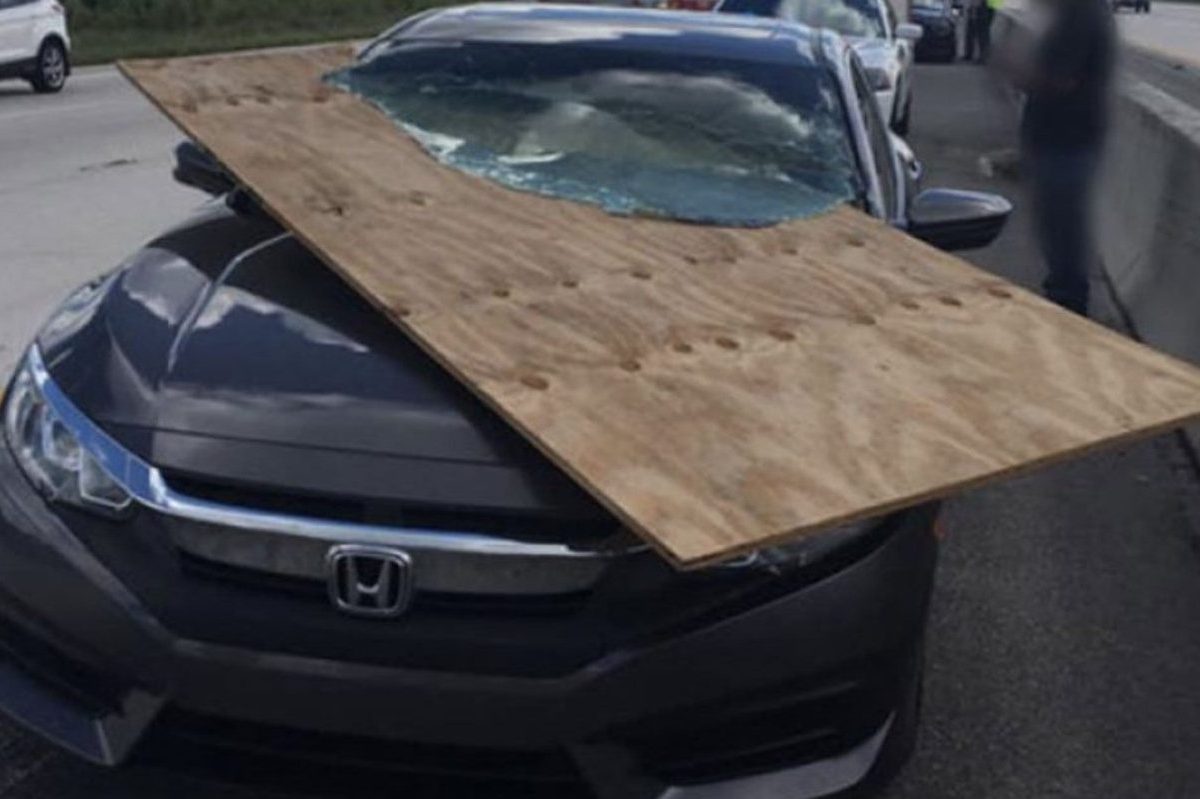 I’ve seen, as I’m sure many of you have as well, plenty of close calls on the road that could have been easily avoided with the smallest of safety precautions. Speaking of close calls, back in 2018, one Florida woman nearly had her head lobbed clean off after a sheet of plywood got free from the bed of a passing truck and lodged itself deep inside of the front windshield of the woman’s Honda.

Now, of course, this could have all been prevented had the truck driver remembered to tie down the plywood in the first place, but thankfully, the woman’s injuries weren’t as severe as they could have been.

Florida Today says Rebecca Burgman, 35, of Melbourne, Fla., had only minor injuries. The saving grace was the plywood was wider than the windshield, so the car’s A-pillars stopped it from decapitating her. But the leading corner of the plywood penetrated the car in a near-miss. Had Burgman had a passenger, well …

The plywood that hit Burgman’s car came from a load that Jaime Riveira, 51, of Haines City, Fla., thought he had tied down. He was ticketed for faulty equipment, the Florida Highway Patrol’s Lt. Kim Montes said.

Wow. You can’t really have much more of a closer call than that. To only make it out of that situation with “minor injuries?” Thank God for A-pillars, I guess.

I don’t know why, but this whole incident reminds me of that premonition car crash scene from Final Destination 2. Of course, things didn’t end up so great for the folks involved in that…