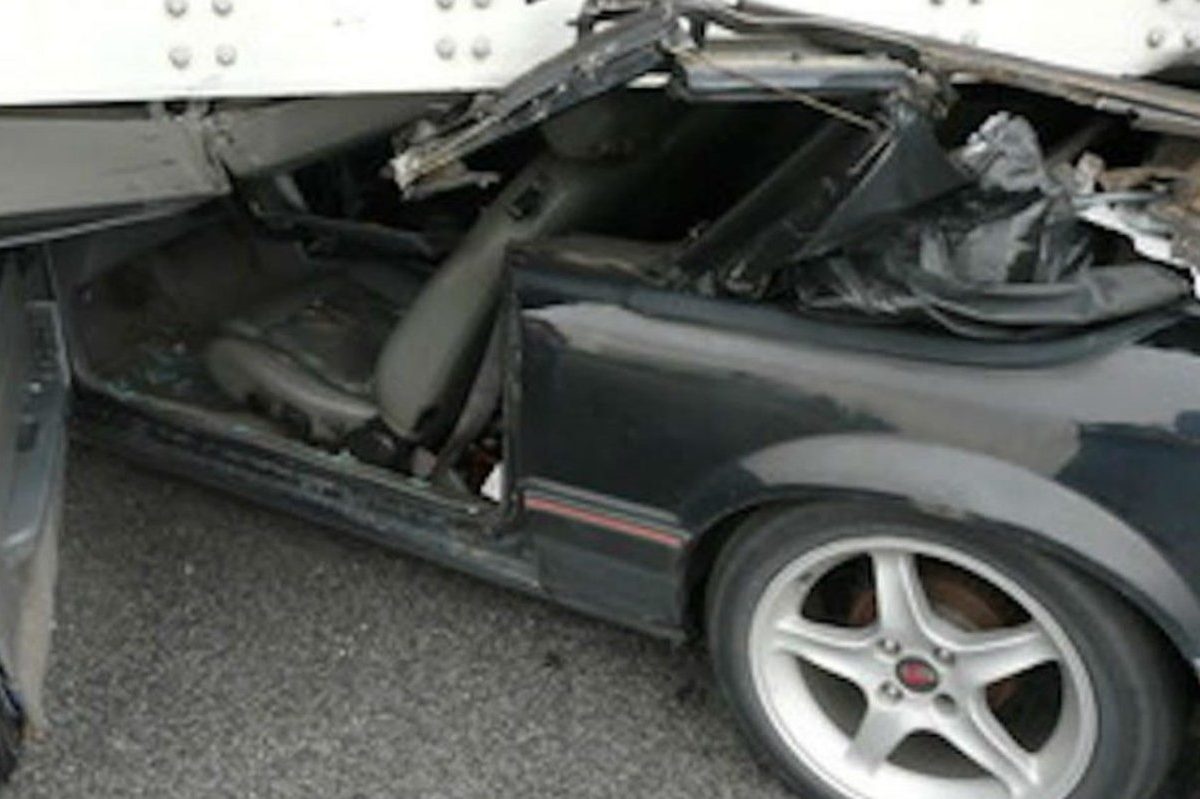 Ryan Lawson is one lucky, lucky guy. Somehow, some way, the 40-year-old New Haven, Indiana native walked away uninjured after he lost control of his 1989 Ford Mustang and got wedged underneath and dragged by a 2017 Volvo semi truck. When it comes to hair-raising experiences, it doesn’t really get much more terrifying than that.

According to an official news release from the Indiana State Police, the intense incident — which went down on May 12, 2019 — was not only shocking for Lawson, but also for the driver of the semi as well. Mainly because he didn’t even realize there was another vehicle underneath his truck until he had driven for a HALF-MILE.

Read More: This Speeding Truck Came in Like a Wrecking Ball and Completely Demolished Pulled-Over Vehicle

The driver of the Volvo, 59 year old Ivan Stovbun of Montreal, Canada did not immediately realize the crash had occurred and traveled for another one-half mile with the Mustang wedged under his trailer before stopping in the driving lane.

Lawson was able to get himself out of his car and refused medical treatment. Stovbun was not injured. The crash is being attributed to mechanical failure on the part of the Mustang. Traffic on I-69 was at a standstill for about thirty minutes until the passing lane was opened to allow traffic to move.

It’s hard to imagine that Lawson could have come out of this wreck unscathed, especially when you look at the pictures of the aftermath. Judging from the massive amounts of damage sustained by the Mustang, nine out of 10 times, this is something that ends in severe injury or even death.

Thankfully, for Lawson and everyone else involved in the crash, this was that rare one-in-10 time.