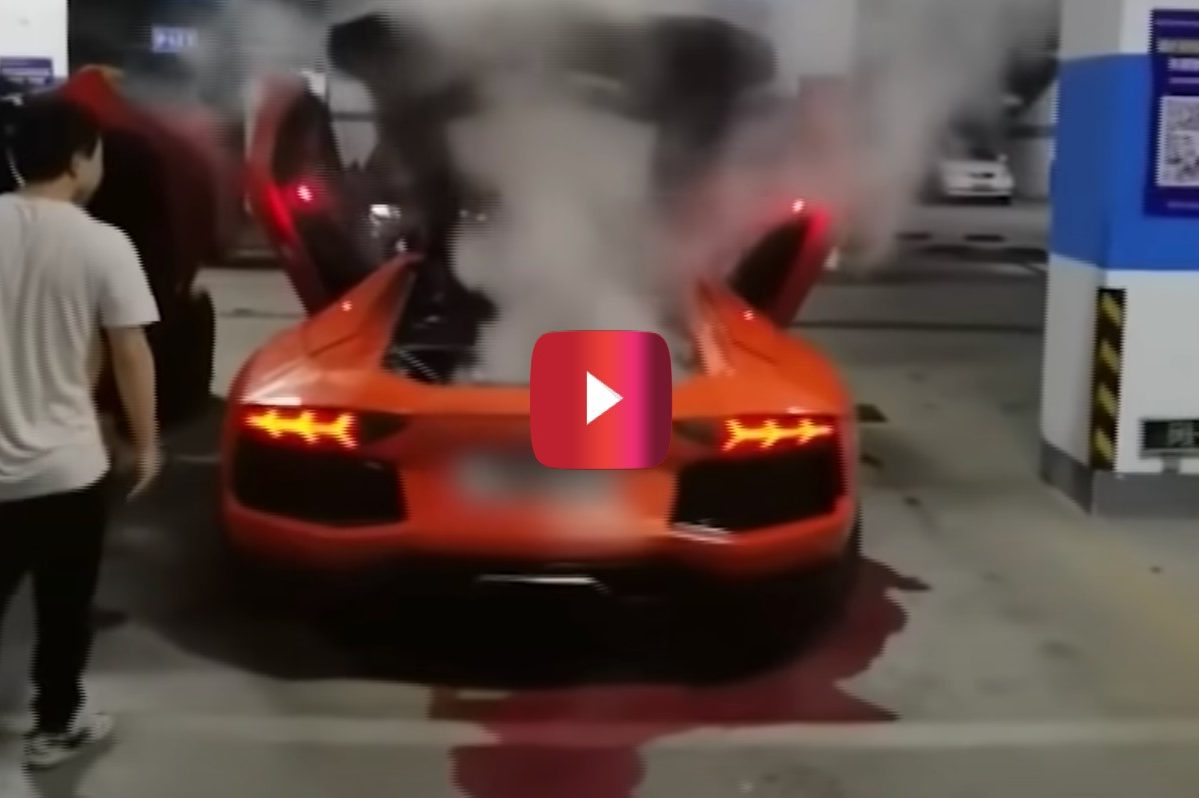 Some people have all the luck in the world. Our dream cars are their daily cars. Lamborghinis, Nissan GT-Rs, Audi R8s. Most of us will never touch the steering wheel of these amazing vehicles, but there are the select few that get to experience these supercars.

Lamborghinis cost hundreds of thousands of dollars. Thanks to their price and exclusivity, they are a rare sight. If you thought that every Lambo owner would treat their vehicles with respect, you thought wrong. Check out this video to see how this guy completely takes his Lamborghini Aventador for granted.

Hopefully, this driver has money to burn. There are several things wrong with this video. However, the circumstances that led to this wild scene can be interpreted in several ways. One thing is for certain. This video was definitely costly.

The driver was trying to show off his Lamborghini Aventador by using its exhaust to cook a kebab. Probably not the most sanitary move, even if it were successful. The attempted flex failed in a major way. It seems that the fellas trying to pull this stunt off knew very little about how their cars actually work.

The driver was repeatedly revving the engine so the Aventador could produce fire from the exhaust pipe. The Aventador overheated after the driver pushed the car past its limit on a cold engine before the thermostat could heat up. Supercar or not, Lambos are still cars.

The car was severely overheated, and its engine bay began to smoke. Revving the cold engine had built up so much coolant pressure that the coolant burst out of the Lambo. Add coolant steam to the mix, and you’ve got the perfect supercar meltdown. If you are lucky enough to own a supercar, it’s probably best not to try and use it to cook meat.