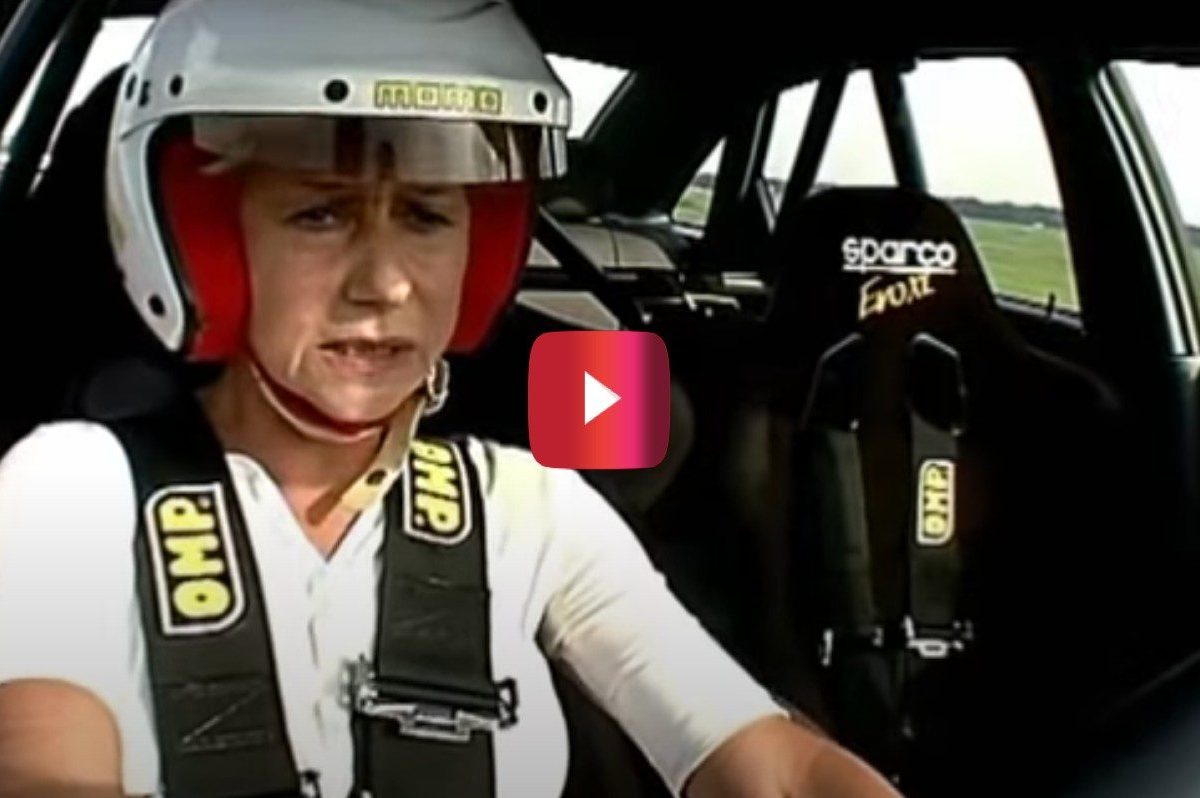 Watching a woman who has played the Queen of England school a man who makes his living from all things motoring on the ways of navigating “buses and tubes and trains” is possibly a timeless classic for the BBC vault.

As awesome as that would be, she sadly is not. In fact, she’s on hand to participate in the “Star in a Reasonably Priced Car” bit.

Dame Helen Mirren was placed behind the wheel of a Chevrolet Lacetti and turned loose on the Top Gear test track. She commented that The Stig gave her advice on braking and accelerating, and we can hear her chanting directions as she completes her lap.

Despite describing the lap as “nerve-wracking, adrenaline-pumping…sweat-making,” Mirren appears calm and completely at ease, navigating the tight turns in a very ordinary car for a respectable lap time of 1:52.8.

For those wondering, this puts her right in the middle of celebs Guy Ritchie, who managed to navigate a wet course in 1:52.2, and James Corden, who turned in a wet track time of 1:53.4. Other drivers who took on the Lacetti include Simon Cowell, David Tennant, and Jools Holland, all of whom smoked Dame Mirren’s modest lap time.

Other celeb lap times might be somewhat surprising. For example, Matt LeBlanc and Tom Cruise drove the same Kia Cee’d, with the former Friends star coming in at 1:42.1, and the man who is practically synonymous with “speed” showing up in 1:44.2.

So…What Did They Talk About?

Despite not being a certified collector, Dame Helen Mirren does know a few things about cars. For example, she once purchased an MG Midget from her brother, and it blew up on her within a few days.

She also shared her opinion about middle-aged men who drive lightweight supercars, though first she had to clarify what the term meant. It turns out she has some pretty strong opinions about men who drive Lamborghinis, and somehow Richard Hammond ends up the brunt of the joke.

The rest of the episode rounds out in typical Top Gear manner, with Jeremy hitting the road in a Volkswagen Golf GTi W12 concept car. There’s also a segment where Jeremy Clarkson, Richard Hammond, and James May take a trio of lightweight supercars around Europe in search of “the greatest driving road.” What a terrible task it must be to get paid to drive a Lamborghini Gallardo Superleggera, a Porsche 911 GT3 RS, and an Aston Martin V8 Vantage N24 to rate roads for fun!

While Dame Helen Mirren seems an unlikely participant in the Top Speed bit, “Star in a Reasonably Priced Car,” it must be said that she holds her own…especially during her interview with Jeremy Clarkson.