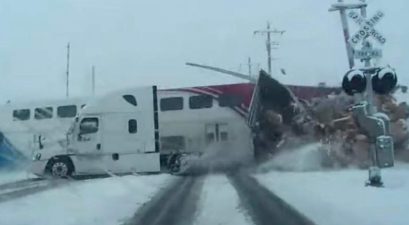 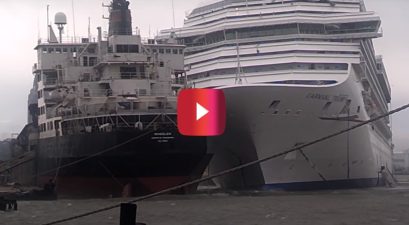 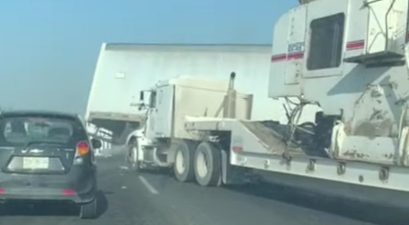 Truck Gets in Multiple Accidents During Apparent Trailer Theft

In today’s episode of “Cringeworthy Crash Videos,” we’ve got an absolute doozy of an accident from out of Sedalia, Colorado. Any boat owners out there will especially feel the pain on this one, since the collision ends in a new boat being completely totaled. We’re talking brand new, as in the owner had bought the thing only SIX days prior to the crash. The fact that it was so new only adds to the sting of seeing this vessel completely flipped over and in bad shape in the crash’s aftermath. It’s not a pretty sight, to say the least.

Now, I know it’s a common understanding that boats typically aren’t the best of investments, but you definitely don’t see something like this every day.

“I was driving home from the lake, and was only 3 miles away from home, traveling southbound on Santa Fe Drive where it meets Daniels Park Rd.,” explains the unfortunate boat owner in the video’s description.

“The driver of the Jeep left the stop sign, so I moved the truck over just enough to avoid her hitting it, but she ended up hitting the trailer, causing the front left trailer tire to break off and travel down the highway. Thankfully the safety cables broke off, so it didn’t cause the truck to flip over as well. The boat was completely totaled and is being replaced by her insurance company.”

Fortunately for the boat owner, the driver of the Jeep had good enough insurance to get things all fixed up. Even still, the whole thing did make for a major hassle all the way around, which all could’ve been avoided if the Jeep owner had paid a little bit more attention in driver’s ed.