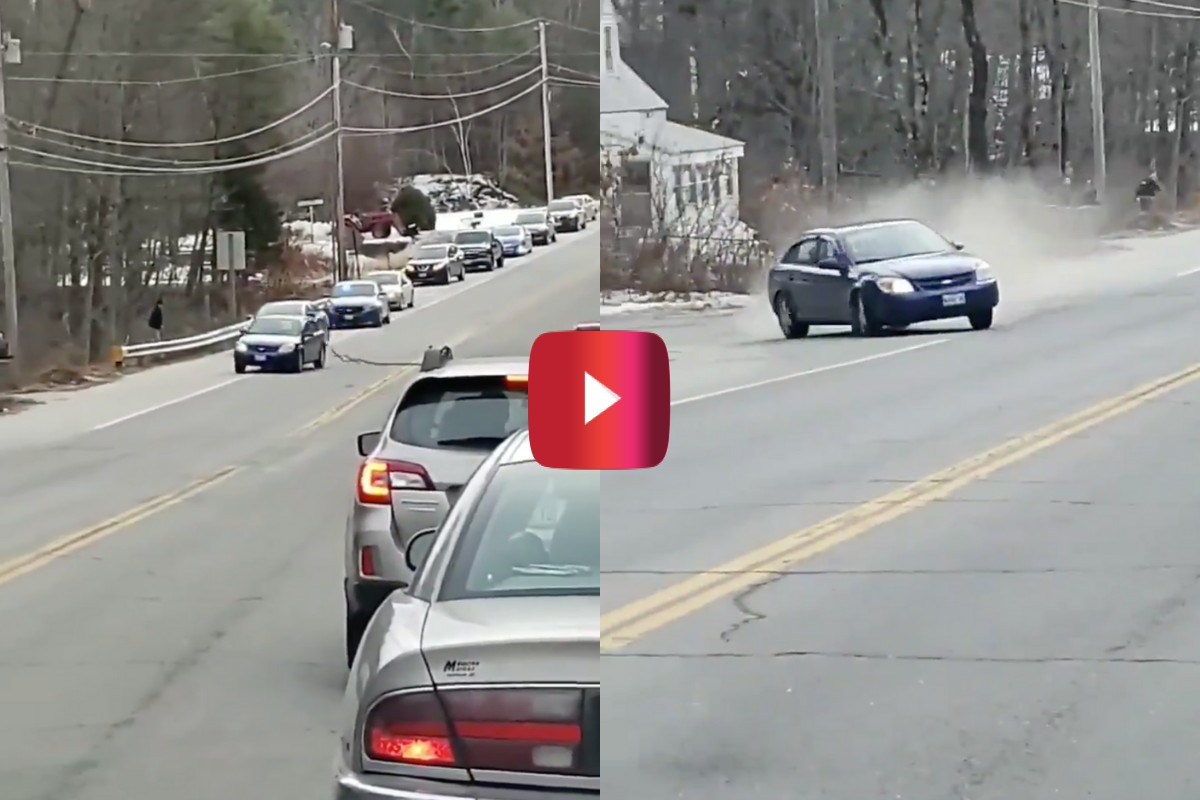 If you’ve ever seen the show Cops (and if you haven’t, what the hell have you been doing with your life?), then you know how intense those high-speed police chases can get. Witnessing a chase in person is all the more intense, which is why, if you were to ever see one unfold around you, your first reaction would probably be to whip out your phone and start recording.

That’s exactly what 28-year-old Maine native Tyler Bisson did when he saw a 2007 Chevy Cobalt speeding in the direction of the parked 2018 Chevy Silverado Z71 that he was sitting in.

After the driver of the Cobalt ran straight over a spike strip set up by police, Bisson and his female passenger got a lot closer to the action than they had intended, as the Cobalt ended up slamming right into the Silverado. As you can see from how the above video of the police chase ends up, both Bisson and his passenger were deservedly shaken up.

Just trying to go to this store and than this happens pic.twitter.com/5aymAQEvhl

While neither of the Silverado occupants were injured, the Cobalt driver — 29-year-old Dale Tucker who was wanted for what police described as a “domestic issue” — ended up also hitting a 2000 Buick Park Avenue, and the three elderly passengers in that vehicle were all treated for non-life-threatening injuries.

Despite facing criticism for the use of spike mats in the chase, sheriff’s deputies from the Cumberland County Sheriff’s Office defended their use.

?Usually, when spike mats are deployed, it is rapidly unfolding. We try to make it as safe as possible. If the suspect just drives over the strips, it is not a problem; if he tries to go around it or take other action, it becomes a problem.? said Lieutenant David Hall, according to the Press Herald.

?The spike strips [do not] cause someone to lose control of their vehicle; they deflate the tires very gradually so they can keep control over the vehicle. Him crashing was not caused by the spike strips, but was caused by him overcorrecting.?

Clearly, this all goes to show that high-speed chases may look like fun and games on TV, but in real life, they’re definitely no joke.