Angry Guy Breaks Off His Own Side Mirror During Boneheaded Meltdown 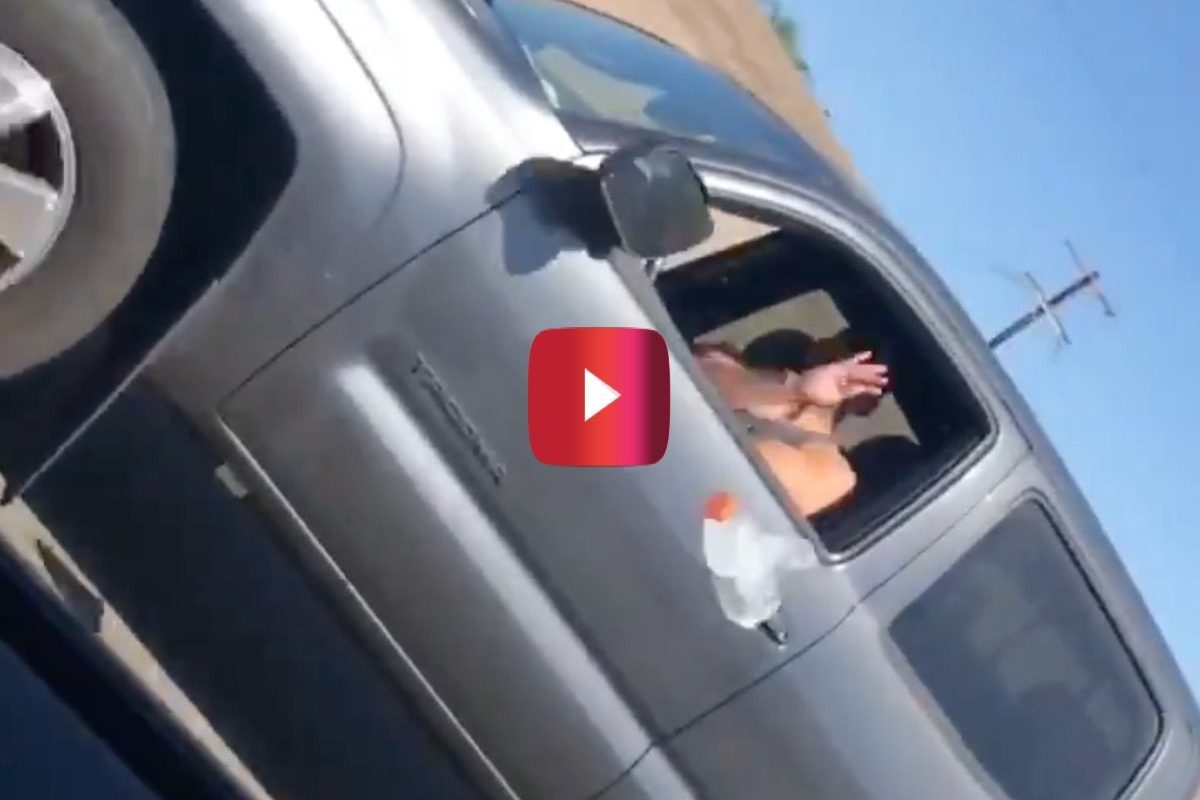 If I’ve said it once, I’ve said it a thousand times: Road rage is never worth it. 99.99% of the time (that .01% being for absolute emergency situations) you’re better off just cursing under your breath and going on about your day.

When you road rage, you generally only put yourself in a situation to dish out damage or to have damage dished out on you. What we have in this particularly hilarious instance of road rage, though, is a much more rare form of road rage damage, after one pickup truck driver found out that, when you rage on the road, you can also end up hurting yourself.

Cue the most pitiful excuse for a water bottle throw of all time.

Captain road rage broke his own mirror throwing a bottle at my car today lmao pic.twitter.com/RFFbpSAgXO

Good job, good effort, man. NOT. What a fail. What an absolute fail. This tough guy thought he was about to drop the mic on the guy filming the video. He figured he was on his way to letting loose a definitive “F You!” on someone he thought had caused him a serious inconvenience. But, instead, he just became a viral internet laughingstock. Talk about the ultimate reversal of fortune. That’s the power of karma.

Breaking off your own car mirror is one thing. It happens all the time to folks who back up without looking or who pull out of a tight parking space. But to do it while actively trying to hurt someone else? That’s just on a whole other level of embarrassing.

I mean, this guy needs to get off the grid and probably change his name while he’s at it. I don’t know about you, but I think “Captain Road Rage” has a pretty nice ring to it.