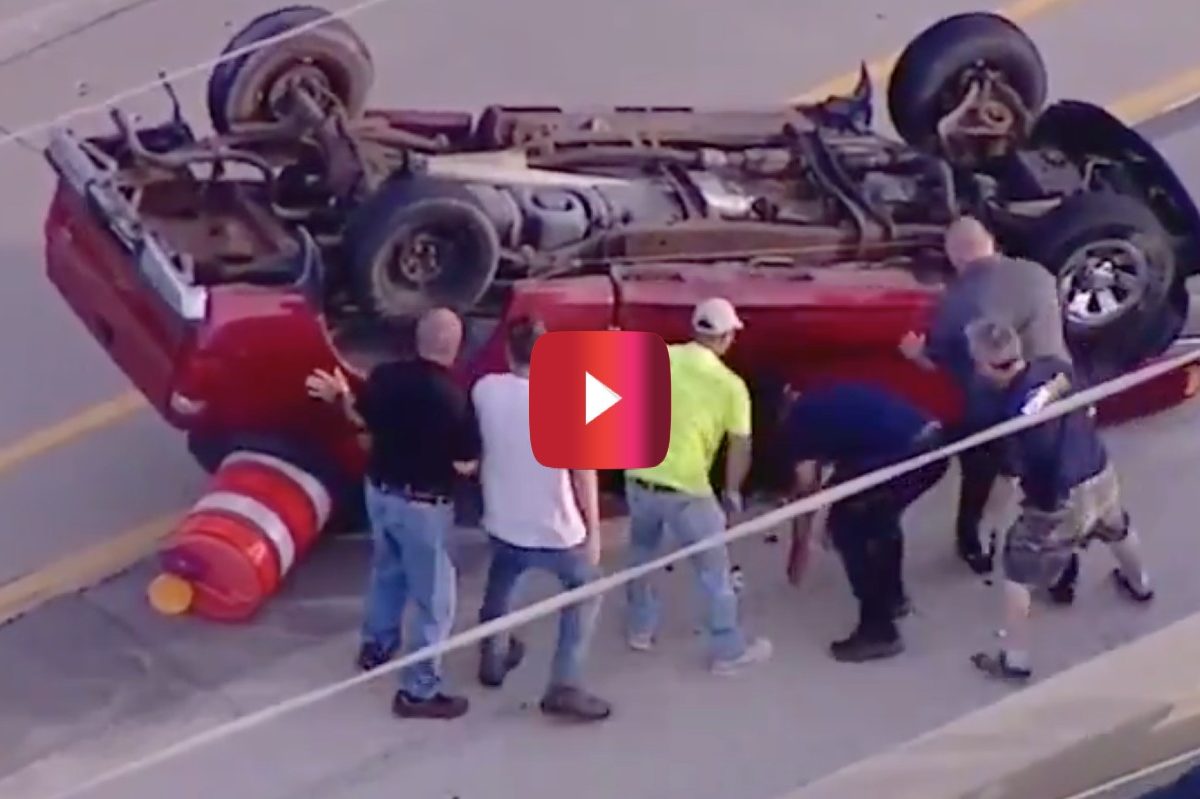 These are the type of stories we like. Stories that make us believe that there are still good people in the world. Nearly a dozen rescuers, including several construction workers, rushed to a driver?s aid by physically using their collective strength to heave a pickup truck onto the passenger side so he could safely get out of the vehicle. 32-year-old Orlando Hernandez had accidentally flipped over on Interstate 88 after his tire blew out. It is still unclear how fast Hernandez was going, but he allegedly heard something pop and suddenly felt the impact.

Captured by a Chopper 7HD, video shows a maroon Ford Ranger pickup truck turned over in the westbound lanes of the Reagan Memorial Tollway. Several drivers on both sides of the highway witnessed the incident and sprinted over to the truck to make sure the driver was okay. Straight out of an action movie, Tom Meyers was leaving his full-time firefighting job in Rosemont, Illinois for his part-time firefighting job in Aurora Township, when he drove past the scene and saw the men struggling.

Good Samaritans stopped on both sides of the highway in a dramatic rescue of a pickup truck driver whose vehicle overturned in Illinois. The group banded together to flip the truck on its side and help the driver climb out of the truck. https://t.co/pgFkAYAIa2 pic.twitter.com/nCQcAsTJ4u

Meyers pulled up just in time to extract Hernandez from the scary wreckage by breaking the windshield using tools from the construction workers and cut the driver?s seatbelt. With luck on his side, Hernandez had no serious injuries, only some scrapes and cuts. After the group of good samaritans made sure he was okay, he quickly jumped out of the truck and was transported to a local hospital when the fire department and paramedics arrived at the scene.

Hernandez said he doesn?t recall the flip but remembers seeing several people surrounding his pickup and is thankful for their help. He is calling the men his ?guardian angels.? This man is one lucky guy, indeed! I?m glad he had his seatbelt on.

This post was originally published on Alt_driver’s sister site, Rare.us.