Florida Man Smashes Windshield While Clinging to Moving Semi, and the Footage Is Wild 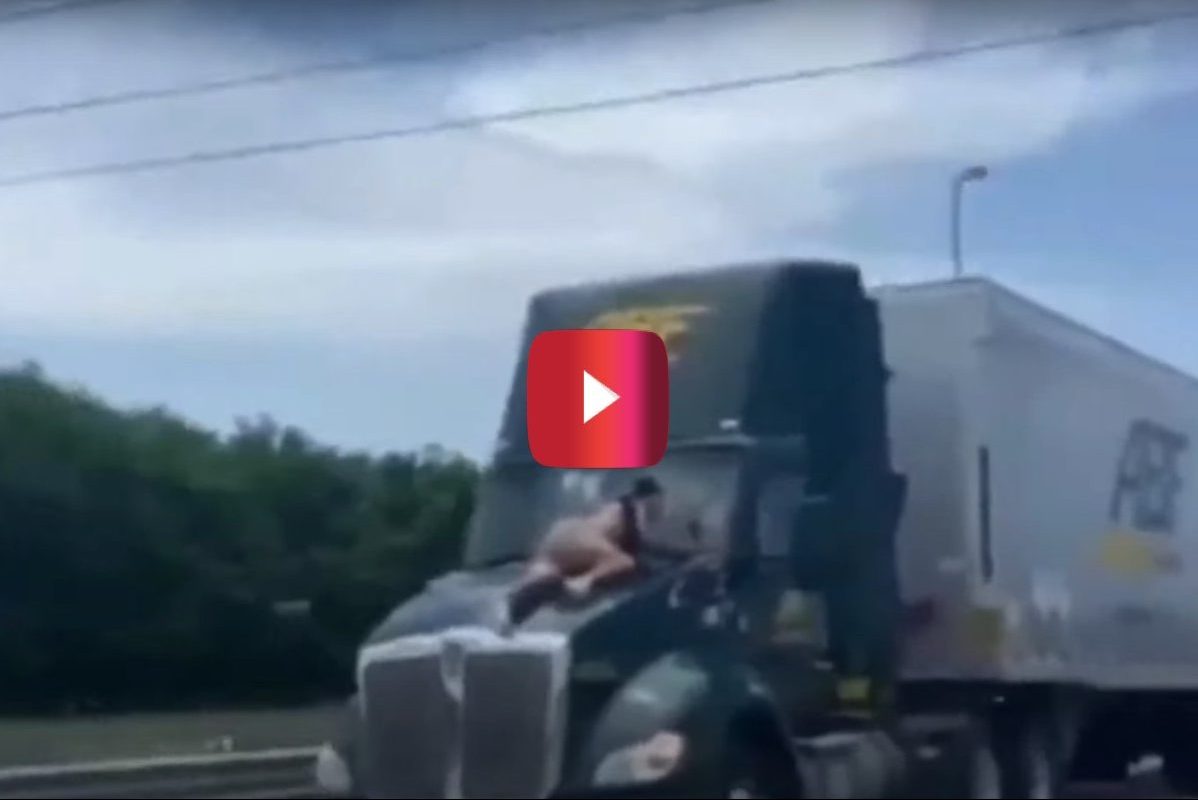 Of course this happened in Florida. Are you surprised? This man was caught on video riding the hood of a semi truck that was going down the road at nearly full speed. The people filming the video have some hilarious commentary during the whole event, but there are still so many unanswered questions.

Why’d he climb on the truck? Why was he breaking the windshield? And, why does he look like he’s in his underwear?

So, here’s what happened: Around 1 p.m. on August 1, police received a phone call stating that a man stopped his vehicle on the exit ramp of the highway, then proceeded to hop the concrete median and run towards oncoming traffic. He then hopped onto the hood of the semi truck and started bashing the windshield in. The truck driver kept the truck moving and did everything he could to try and shake the crazed man off, but he stayed on for miles.

As the video begins, you see the man clinging to the hood of the truck, as the the driver shimmies the truck back and forth. You can see the broken windshield, while the person filming is in utter disbelief at what he is watching. After the truck passes, the witnesses quickly speed up to film the action as they continue down the highway. While driving parallel to the truck, the man on the hood looks over at the car and yells, “Call the police!” repeatedly.

The truck continues swerving back and forth, until eventually it is brought to a halt on the shoulder. Towards the end of the video, you can see the man finally being pulled off the truck with the help of another Good Samaritan. Police are still nowhere in sight as the video cuts off, however, it was reported that the man, who remained unidentified, was detained and taken to a hospital for evaluation.

For as crazy of a situation as it was, it’s a miracle that no one was hurt in the process.