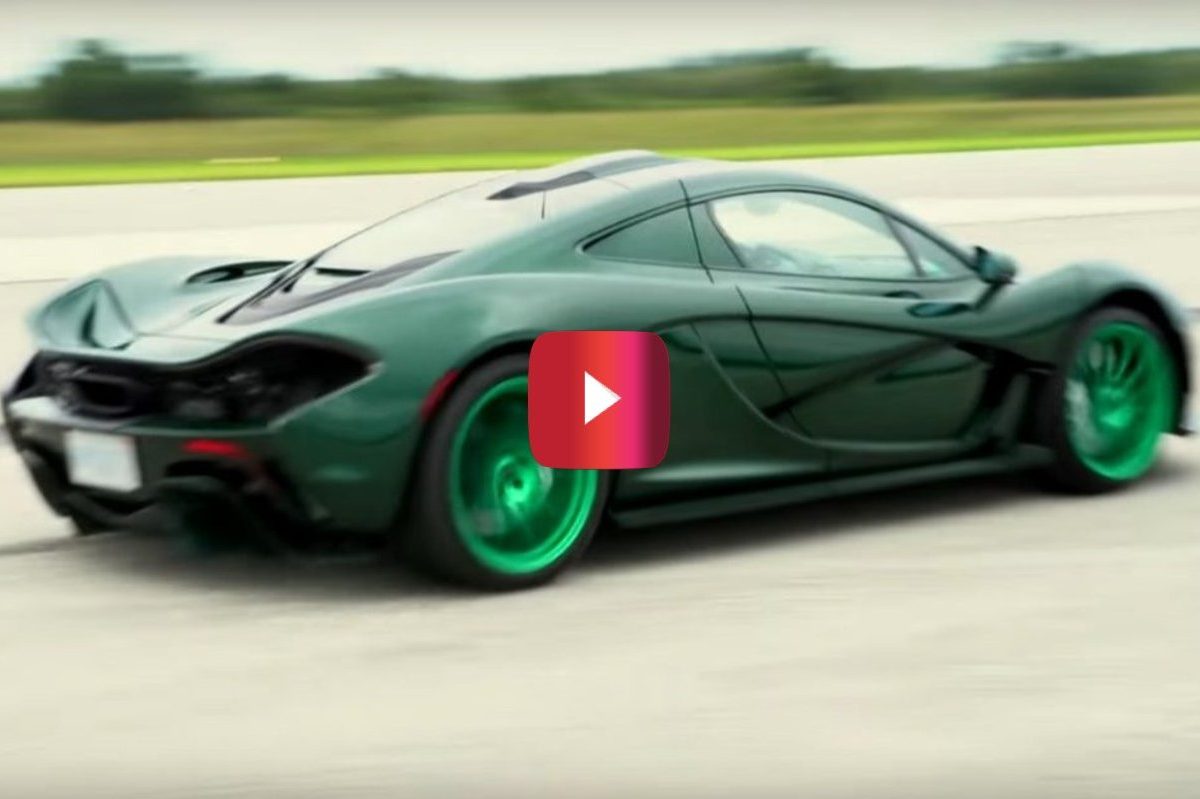 The McLaren P1 supercar has got to be one of the best-performing and best-looking hybrid sports cars on the market. McLaren Automotive introduced this as with limited-production run and only made 375 units. The P1 powertrain includes a twin-turbo V8 engine with a 7-speed dual-clutch transmission. It also features an electric motor that was designed to fill in the gap in power during turbo lag. The driver has the option to set the electric motor to either automatic or manual usage. The combination of the engine and electric motor brings the numbers of this beast to 903 HP and 723 ft-lbs of torque! Now that’s some serious power for a car that weighs just barely over 3,000 pounds.

But, more about the specs later. Let’s see this thing in action!

With a electronically limited top speed of 217 MPH (meaning it’s actually capable of far faster speeds), the supercar reaches 214 MPH in a straight line. Check it out in the video below!

Not too bad for a plug-in hybrid right? Just listen to that dual clutch gearbox bang through those gears. And, that exhaust note is just so aggressive! You can see just how fast this car climbs up to 200 MPH, but what you can also see is how the electronics limit the acceleration after it passes that 200 mph mark. I think it’s got even more pent-up power in there. Just take a look at what else this thing is working with.

The McLaren P1 is also equipped with some serious braking power. The battery can be charged by either the plug-in equipment or by the engine itself. This is a mid-engine rear wheel drive platform that uses a carbon fiber monocage roof design. The aerodynamic design produced tons of downforce, which gave the P1 the ability to put down some impressive lap times and a pretty wicked top speed. The 0-60 speed on the P1 was reported to be right around 2.8 seconds. That’s enough to put you in your seat and keep you there. What’s really cool about this car is that it uses Formula 1 technology, such as the drag reduction system (DRS), which controls the rear wing, and the instant power assist system (IPAS), which are operated through buttons on the steering wheel. McLaren truly threw a ton of technology into this thing.

The main competitors of the P1 include the Ferrari LaFerrari and the Porsche 918 Spyder. All three are extremely similar in specifications and performance, however, the P1 does seem to put down just a slightly faster lap time. If for some reason the road-legal P1 is not crazy enough for you, it’s not the only P1 out there. McLaren came out with a variant called the McLaren P1 GTR. They produced 58 GTR units on top of the 375 standard P1 production cars. The P1 GTR was a fully capable race track weapon. It was designed specifically to be a race car, and McLaren even bumped up the power to a whopping 986 horsepower.

Overall, I’d say this car checks all the boxes to make it a fantastic supercar to drive. If you ever see one of these cars, take an extra second to appreciate the beautiful rarity that you’re looking at.