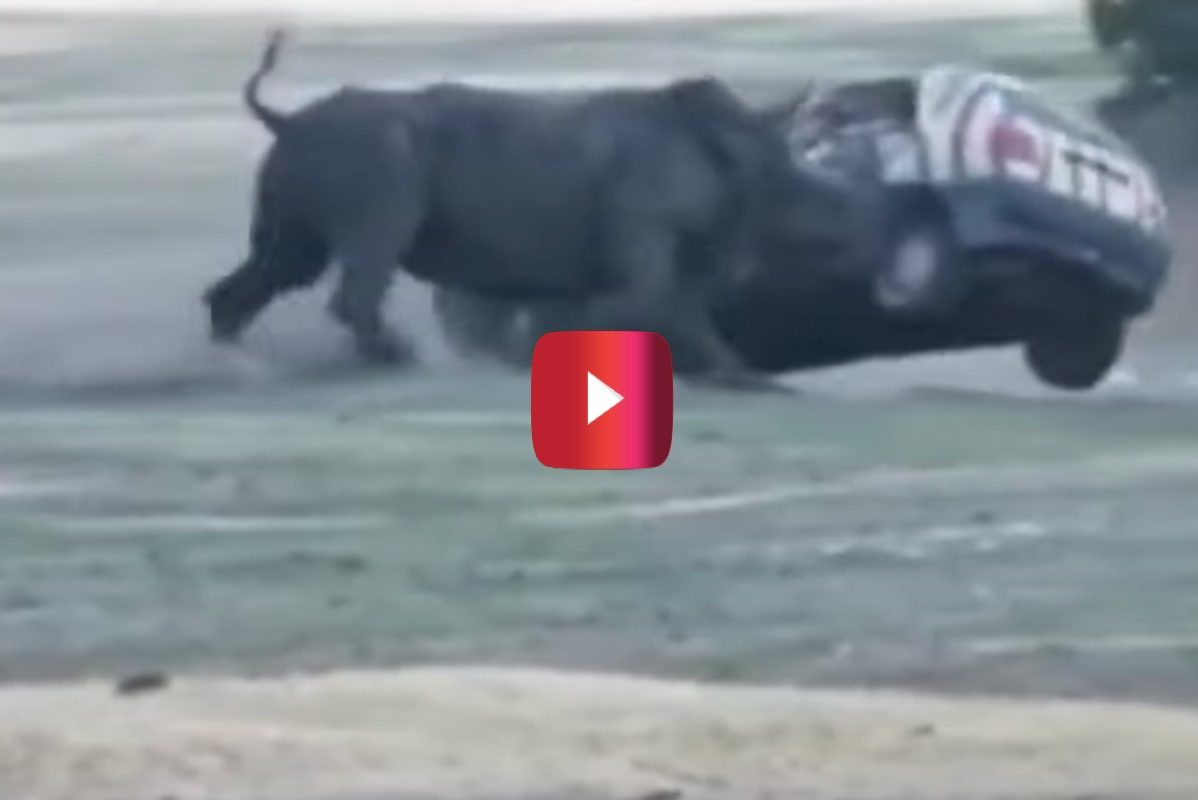 One zookeeper from a safari park in Germany is going to have a wild story to tell for the rest of her life, after she somehow managed to come away from an intense rhinoceros attack without any serious injuries. If you watch the above footage, you’ll see just how incredible of a feat the employee’s survival really was, as the charging rhino is shown absolutely throttling the zookeeper’s car, using that gnarly horn to toss the vehicle around as if it were nothing.

I’d say this car got manhandled, but getting rhino-handled looks way worse.

The scary incident of rhino rage unfolded at Serengeti Park in the German state of Lower Saxony, as the apparently enraged animal used its horn and powerful body to flip the car ? painted like a zebra ? several times.

The footage was published by the YouTube channel Einstein Gamer and in the German daily Bild.

It’s unclear what prompted Kusini to pounce on the car. He has been at the park for 18 months as part of a breeding program, though zookeepers said he has been struggling to adjust.

Read More: Check out the Shocking Bull Attack That Landed a New Jersey Woman in the Hospital

Wow! The rhino flung that car around like a ragdoll, and somehow, the zookeeper only walked away with…a few bruises?! Nine out of 10 times, that situation ends in a costly trip to the ER/

Now, I’m assuming that this lady, being a zookeeper and all, knows more about dealing with animals than I do, but maybe driving around in a car painted like a zebra wasn’t the best of ideas? Seems like the sort of animal that would immediately get a rhino’s attention. And, not in a good way.

But, hey, I’m assuming she learned her lesson this time around.