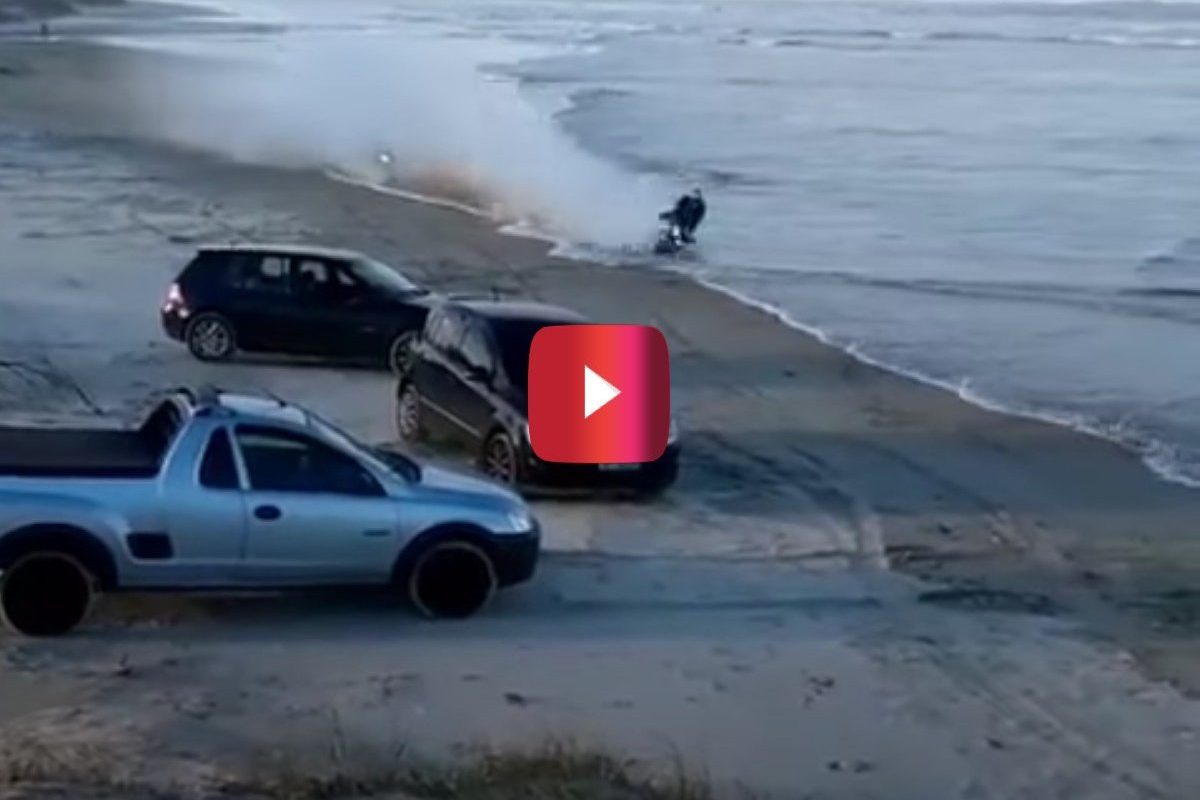 Everyone knows that riding a motorcycle, in general, is dangerous, but motorcycle racing adds in a whole new element of danger into the mix.

While hardcore adrenaline junkies may enjoy the thrill that comes with racing a motorcycle, you can’t imagine that, unless something is seriously wrong with them, crashing said motorcycle is their end goal. But, motorcycle crashes happen all the time and barely even make the local news. Why? Because some folks pull crazy stunts like the guy in the above video and push their riding limits to the extreme.

Motorcycle racing is already unpredictable enough, but these two bikers upped the ante by taking their competition to the beach, where the tide can present a serious problem. Even despite the dangerous conditions, one biker pushed it hard to take the lead in the race. And what’d he get in return? One seriously gnarly wipeout.

Now, since the video is only six seconds long, we don’t get to see the immediate aftermath of the motorcycle accident. So, hopefully, the biker didn’t end up suffering any serious injuries. That being said, you can’t go full throttle through this much water and expect a much different outcome.

It’s like the biker saw someone do a similar stunt in a James Bond movie or something and thought he could recreate it. Or, he must’ve just been all the more determined to beat his buddy in their beach race. Hey, the other guy may have placed second, but at least he had the wherewithal to ease up a bit when the tide rolled in so he wouldn’t epically wipe out.

Maybe the bruises from the crash will teach the unfortunate biker of our tale that first place isn’t everything.