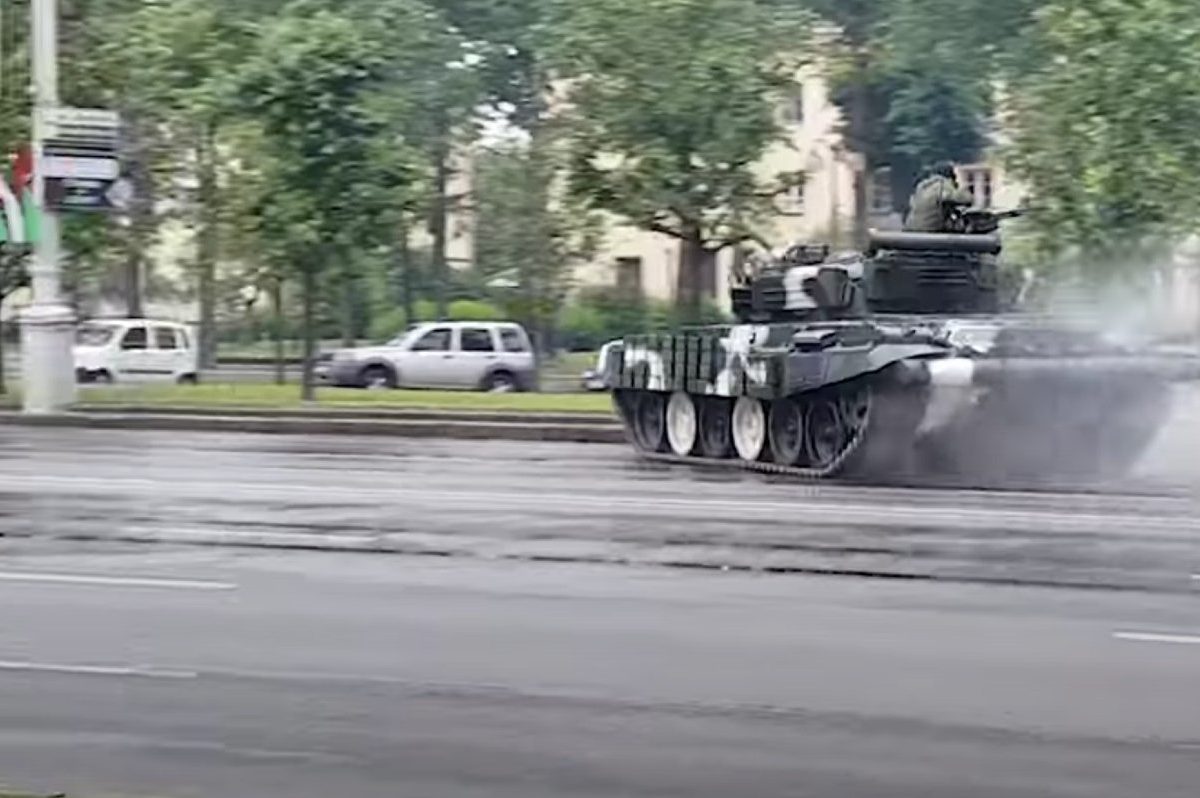 I don’t know if “Tank Driver’s Ed” is a thing, but if it is, here’s a driver who DID NOT deserve to pass.

During a rehearsal for a military parade in Minsk, Belarus, the driver of a T-72 tank was chugging along way too fast, despite the road being wet and slippery from a recent rainstorm. The tank’s tracks clearly were not enough to deal with the slick pavement, and the 40-ton tank ended up spinning out and slamming sideways into a tree and telephone pole. Yeah, that collision made for one gnarly-sounding crunch.

Not a great look by any means. This is what happens when you come in way too hot.

When it comes to the aftermath of this epic fail, the Belarusian solider on top of the tank did get smacked in the head by a loose power line, but fortunately didn’t sustain any serious injuries. We’re guessing he had a stern, expletive-laden conversation with the tank’s driver, though. The T-72, on the other hand, took on some serious damage, with the tracks and side armor getting pretty badly banged up.

While only a handful of people witnessed the incident live, a few folks who did see it just so happened to record the epic fail with their cell phones. So, now it lives on the internet forever. Tough break for the soldiers involved. It can’t be great to know that thousands of people just saw you at your worst.

Here’s hoping the actual parade went a lot more smoothly. Though, if it did, the ensuing footage wouldn’t make for nearly as compelling content. “Success video” just doesn’t have the same ring to it as “fail video.” Hey, don’t blame me. That’s just the world we live in.