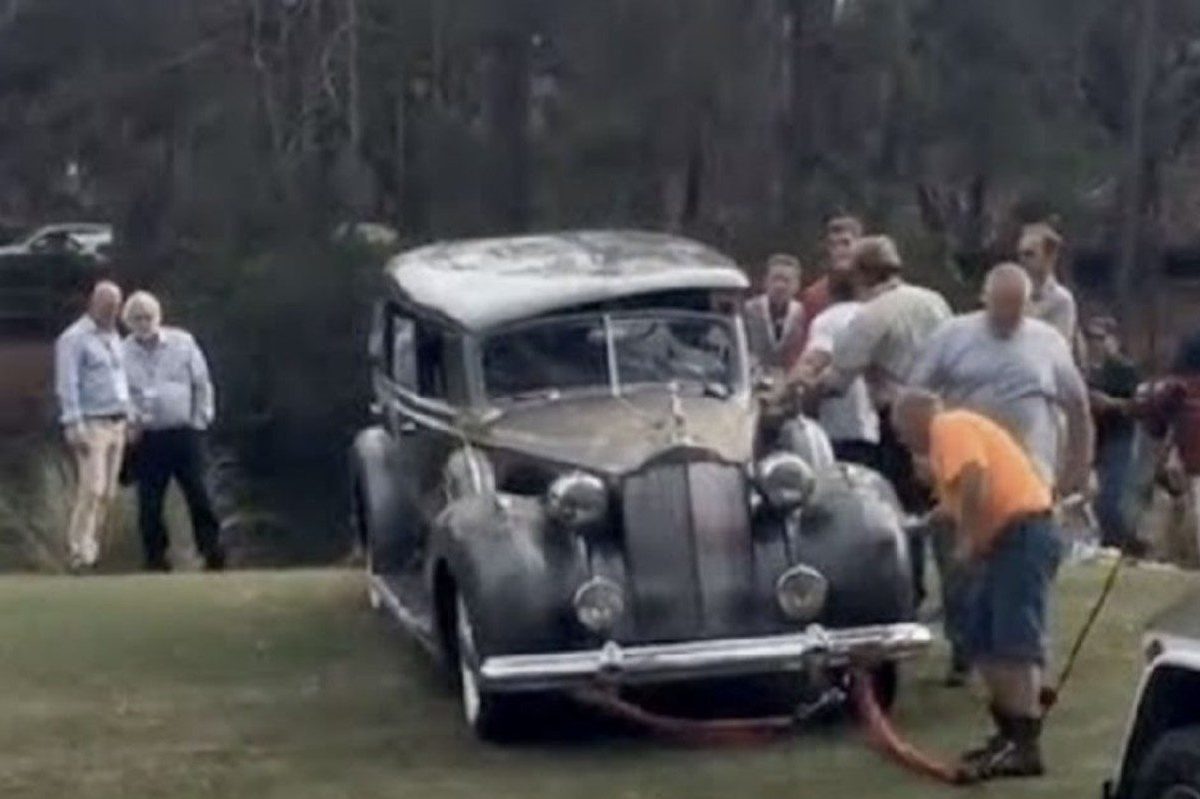 This one hurts. This one really hurts.

Shortly after claiming the best in show prize at the Hilton Head Island Motoring Festival and Concours d?Elegance in South Carolina on November 6, 2016, a 1938 Packard Super Eight Model 1605 convertible sedan, estimated to be worth well over a million dollars, rolled into an adjacent pond, likely because the owner forgot to apply the parking brake. Rolling off a golf course green and into the lagoon, the Packard sunk up to its roof. Just awful stuff.

It’s not a fun watch, especially if you’re a diehard vintage car aficionado, but you can check out footage of the incident via the videos below.

Shortly after the mishap occurred, Carolyn Vanagel, president of the Hilton Head Island Motoring Festival, told local reporters from The Island Packet, ?This was most unfortunate. We feel badly for the owners.”

So do we, Carolyn. So do we. As much as he probably wished he could’ve laid low for awhile, New Jersey used-car dealer Ralph Marano Sr. was quickly identified as the water-logged car’s owner. Marano, who actually owns 63 Packards, said that he is determined to restore the prize-winning ride, which is the only pre-war era car of its kind in the world with a hard top.

Man, you really feel for the guy. Here’s hoping he’s been able to make some solid progress on the Packard’s restoration. If there’s any sort of lesson to be gleaned from this tragedy, though, it’s this: Always remember to apply the parking brake.