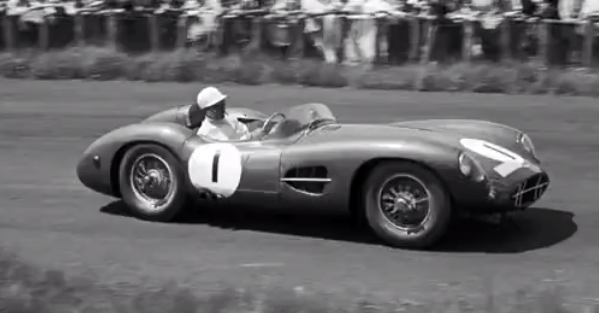 The 1956 Aston Martin DBR1/1 was created to compete in the World Sportscar Championship and Le Mans race series.

Only five of the vehicles were crafted, this is the first chassis.

It competed in three Le Mans 24 Hours events but never won. Sir Stirling Moss and Jack Fairman did win Nurburgring 1000 KM in 1959 in the sports car. The car also won the World Sportscar Championship in 1959, the first British car to do so.

There were three other Aston Martin sports cars that raced Le Mans at the auction.

While considered the most important Aston Martin produced, it might not be the most recognizable.The Aston Martin DB5, made famous in the James Bond movie franchise, likely holds that honor.