Junkyard Houses Dozens of Vintage Vehicles, and They Look Incredible 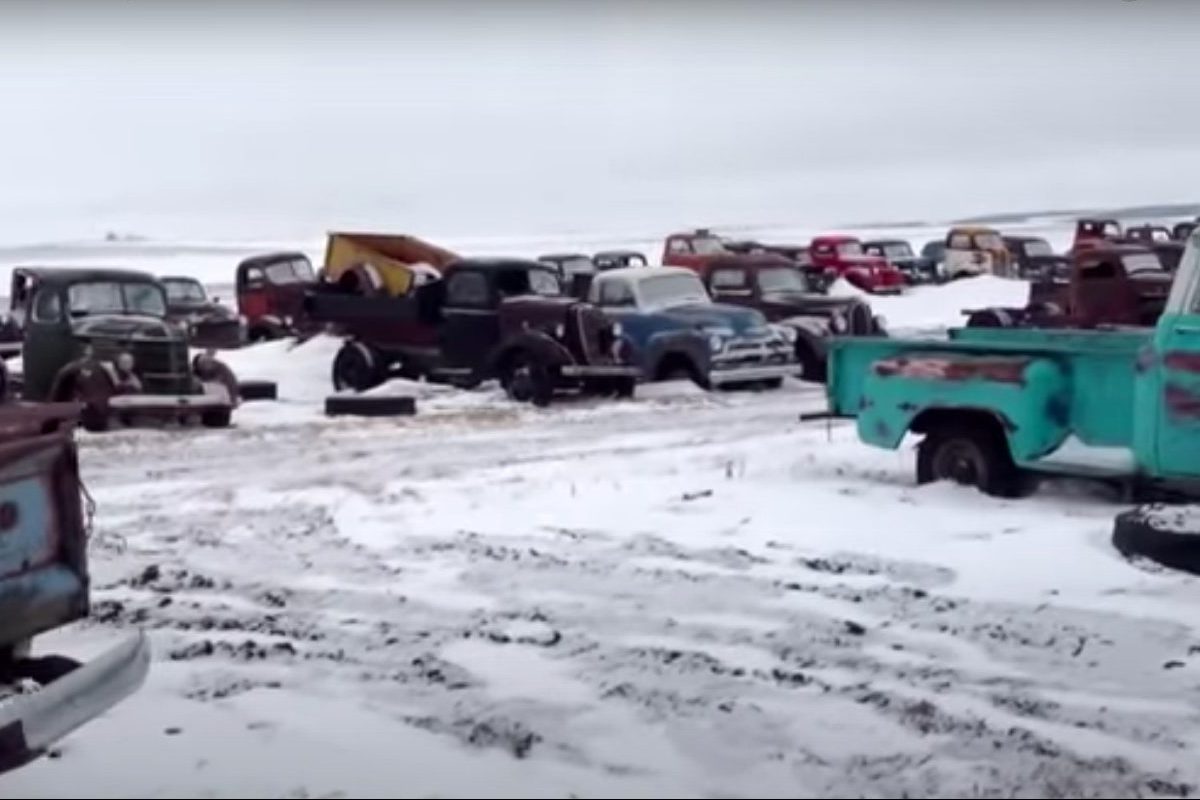 There’s just something majestic about seeing a junkyard filled with dozens and dozens of vintage cars and trucks all lined up in row after row. They all wound up here, in the junkyard that time seemingly forgot. Can you say jackpot?

Take a stroll through this junkyard along with the camera, and see what you can spot! The fact that the video was filmed after a light dusting of snow only adds to how awesome this entire set-up looks.

Just don’t get too attached to the rides, though. Apparently, none of them are for sale. Yeah, we know, it’s a real bummer.

Not too much information is available about this junkyard or the vintage vehicles that it houses, though apparently several YouTube commenters have the inside scoop. One commenter writes that the junkyard is located in North Dakota (and even gives an exact address), while another guesses that it’s in South Dakota. Who can say for sure, but given all the snow, we’ll buy that it’s somewhere in the Dakotas.

As far as why most of the cars have gone unsold, commenter Greg Benwell offers a convincing theory.

“So none of these are for sale,” Benwell writes, “and the vehicles they do sell they want $30,000 for a truck or car that is missing almost every major part, hasn’t run in over 40 years, and needs more than $60,000 in parts and labor to just make them “road worthy” again!!”

Who’s to say how true any of that is, but it’s a real shame many of these rat rods will never have a proper owner. Some of these are really in incredible condition! Oh well, I guess we’ll just have to appreciate these cars from a far.

WATCH: Remembering the Classic Performances from Burt Reynolds in Cannonball Run and Smokey and the Bandit