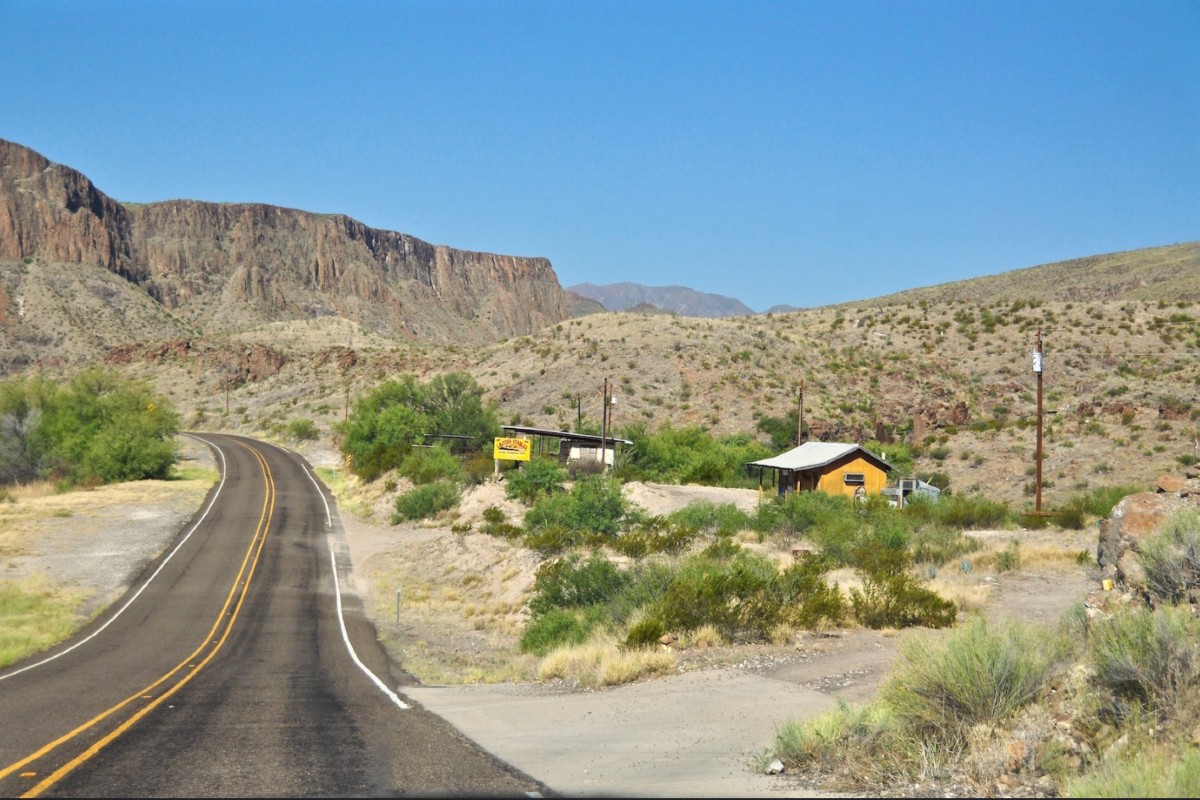 There?s plenty to see when you?re traveling 700 miles on a Texas road trip.

Choosing to make the intrastate drive through Texas, from one extreme end to the other, may not sound ideal given the fact that the state is basically the size of 173 Rhode Islands.

But there’s adventure to be had when lighting out on the great Texas highways. Here are a few drives, from complete opposite ends of the state, that are totally worth a (really long) drive.

Instead of thinking of a drive like this as a one-shot deal, staying in the car for 11 hours while listening to This American Life and your friend’s super exclusive roots music playlist, think of it as an opportunity to bring east and west together.

When you depart from Houston and its humid clutches, you’ll head down the I-10 and have the opportunity to either head straight to San Antonio to see the Alamo and the Riverwalk, or take a detour to Austin and check out places like the Driskill Hotel, the Broken Spoke, Easy Tiger, or any one of the many craft coffee spots to refuel (we suggest Summer Moon or Houndstooth).

As you continue west you’ll see everything change including environment, people and personalities, food, music, etc. After San Antonio you’ll be tested as far as entertainment, but you can either take that time to catch up on podcasts, trivia, or make stops in little Texas towns like Ozona featuring the Heart of Texas West Wildlife Trail, and Fort Stockton to see the Annie Riggs Museum.

If you’re just hanging in there by this point, take another detour and head southwest a bit to Marfa, the dusty magical town of wonderment. Featuring illuminating art spaces and plenty of outdoor camping opportunities (we suggest El Cosmico), Marfa is well-noted as one of Texas’ most fascinating tourist towns.

From there, El Paso is just a couple hours back on the road, and it’s a great place to rest?before you inevitably get back on the road and keep heading west to Phoenix or Los Angeles. Let’s all be transparent here.

This panhandle-to-beach jaunt runs about nine and a half hours, and that?s if you go straight through. But we encourage you to make a few stops along the way to refuel and not drive anyone crazy, even if it?s just you in the car.

Start out in Amarillo at the Jack Sisemore Traveland RV Museum, featuring everything from Airstreams to the first jalopies that made the westward-ho migration during the Great Depression. And don?t you dare pass through without heading out west on Highway 40 (the old Route 66) to see the famous Cadillac Ranch.

With traveling inspiration in your bones, head south to Lubbock and finger-gun your way to Joyland Amusement Park, or Texas Tech to catch a Red Raiders game, or pay homage to 50s rocker Buddy Holly at the Lubbock Cemetery.

At this point you have two options to detour off to: Abilene to the east or Midland to the west. The former sports a slew of wineries and museums to grab a little north central Texas culture, and the latter touts the Petroleum Museum (how Texan is that?) featuring the history of oil wildcatting in the state as well as exhibits on cars and racing.

After that, buckle down as you head to San Antonio for the city’s multiple tourist attractions like Six Flags, Sea World, and the San Antonio Zoo. Wanting to get off the beaten path? The Alamo City also has a peaceful option in the San Antonio Botanical Garden where you can zen out, breathe deep, and seek peace for the last leg of your trip.

When you arrive in Corpus, we suggest taking your car all the way to the end of the earth, literally, and driving it along the sand at Malaquite Beach. You’ve earned it.

For the outdoor explorer, this three-inch (OK, 712-mile) journey from the northeast reaches to the southwest point of the state is sure to provide a little adventure. You?re on a border-to-border march, so you may as well have some fun.

After packing up your camping kit from Atlanta State Park or Bringle Lake, Highway 30 can take you west to the sprawling metropolis of Dallas, where a world of attractions open up.

History buffs can stop by the Perot Museum of Nature and Science while art fiends can stare at paintings at the Dallas Museum of Art. Looking to keep the theme of the great outdoors alive? Head to Cedar Ridge Nature Preserve about 20 miles south of the city or canoe your way around (the clean parts of) the Trinity River.

We already mentioned Abilene, so instead of staying on course, break left and make a stop in Waco. Get some Texas blood flowing in your veins (by that we mean Dr. Pepper) at the Dr. Pepper Museum and traipse through outdoors options like Mother Neff State Park or Baines Creek Trail. When you’re back on the initial path to southwest Texas make a pit stop in Odessa, just past Midland, where you can see the giant Odessa Meteor Crater.

Finally, pitch a tent and take a hike through Big Bend National Park when you arrive. Big Bend is home to a number of primitive dirt roads and off-roading trails that are perfect for Jeeps or single-seat machines.

Taking a trip in and around the Lone Star State soon? Any other border-to-border trips you can suggest? We?re all ears, hit us up on Facebook.