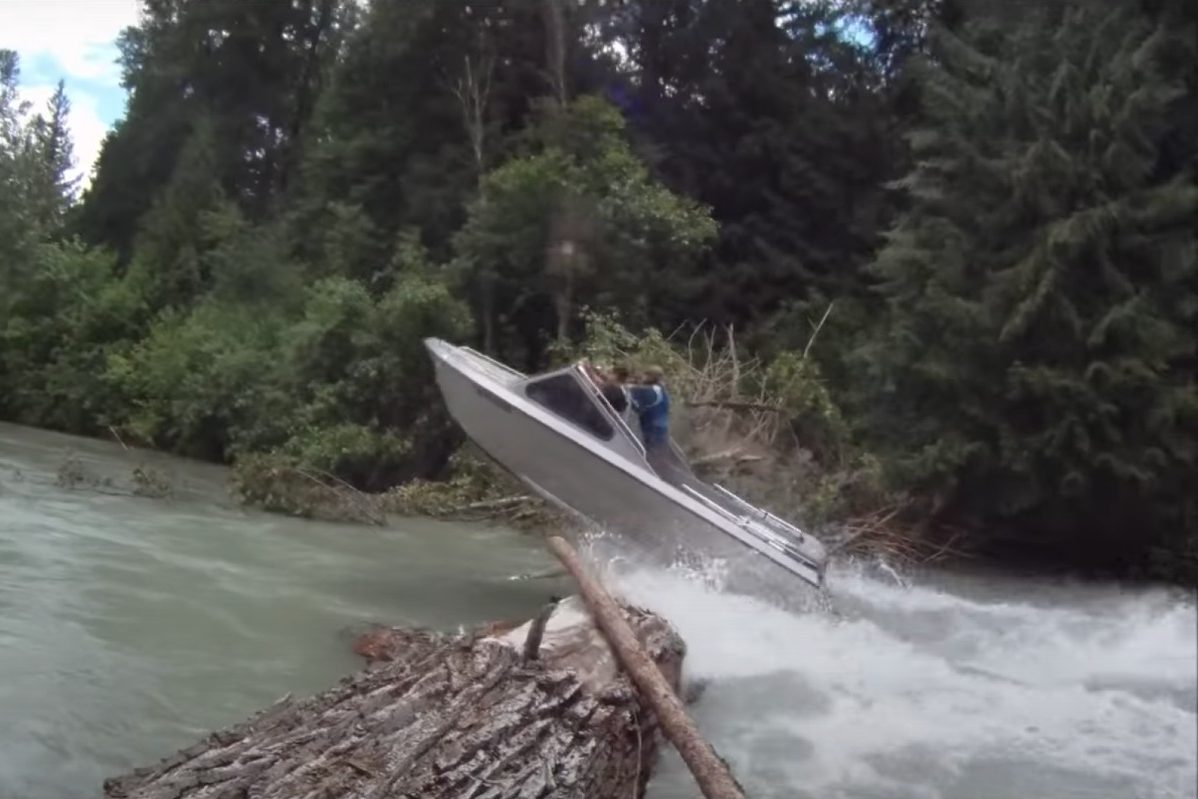 Here’s a video that starts with a simple question: “Hmm, a log is blocking the river…How will we ever get by?” Well, if you read the title, saw the thumbnail, or watched the video before reading this, then you know that the way these ambitious jet boaters “got by” was by throttling that sucker and jumping the hell over that pesky log. Talk about the ultimate “full send” moment!

While the video ends with a simple “No problemo,” if you watched the video closely enough, you know that there was more than just a little bit of a “problemo.”

As you can see from the POV shot of the jump, the far-left portion of the boat’s windshield ends up breaking as a result of the impact. Yeah, these guys definitely needed to pool their money together to buy a new windshield after that doozy of a jump.

Besides the spiderwebbed windshield, you have to imagine that the jet boat’s hull also sustained at least a small amount of damage. Just judging from the sound of the impact alone, the boat’s underside couldn’t have looked all that pretty. A few scratches, at least, if not some additional bumps and bruises.

But, hey, that’s just the price you pay with an epic stunt like that. Everyone managed to stay inside the boat. The boat ended up (relatively) in one piece. The buddies got some decent footage out of the whole thing. All told, it was a #winning moment.

Well, if making safe and prudent decisions is your thing, then maybe it wasn’t a #winning moment. But, if you’ve ever told someone, “Hold my beer,” then you can appreciate just how badass this log jump was.