The Ultimate Redneck Mower Rips Around Town at High Speeds 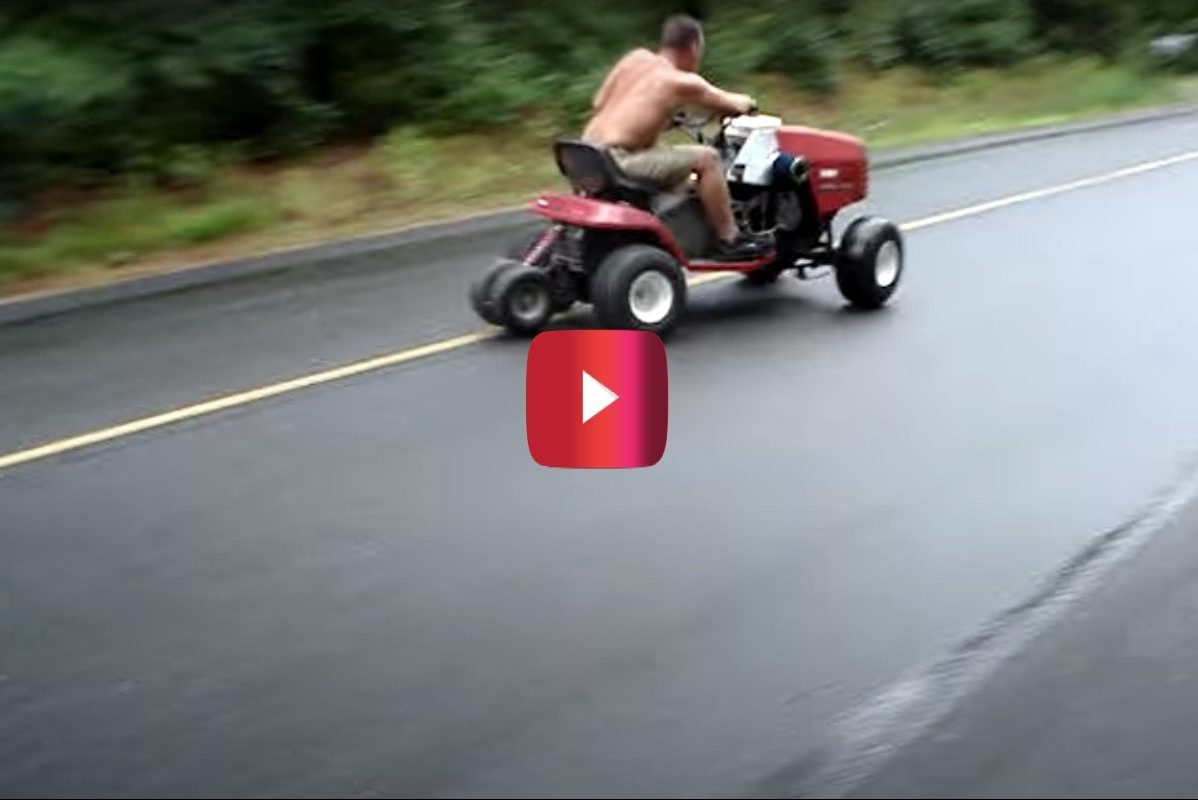 This mower is far from ordinary. For one, it’s the kind users can mount and ride. It also has an insane 130 horsepower. Who needs a bike when you can hop on your lawnmower and tear the town up? That’s exactly what this guy did with this crazy-fast mower.

The shirtless driver surveys the open road as the engine backfires. When he sees that the road is clear, he revs the engine as the tires skid, and then he takes off. The acceleration on this mower is wild. The driver then comes back around for another lap and peels off on the wet concrete.

The mower is a modified Red Toro riding mower. The shirtless driver has clearly put some work into this masterpiece. Life is more fun when you?re living fast. Mowers aren?t meant to be speed demons, but this gearhead changed the game.

These machines usually only manage to go a few miles an hour. This one took off like a bat out of hell when the driver held down the throttle. Going this fast on a lawnmower cannot be street legal, but it sure does look like fun.

Distance from neighbors and slow country livin? gets the gears turning mentally. This can often leave to creative pastimes. With the world slowly unpausing after months of isolation, who knows what innovations will soon see the light of day? The Ultimate Redneck Lawnmower is going to be hard to top, but we?ve had time. After months of the world slowing down, we could really use some speed.