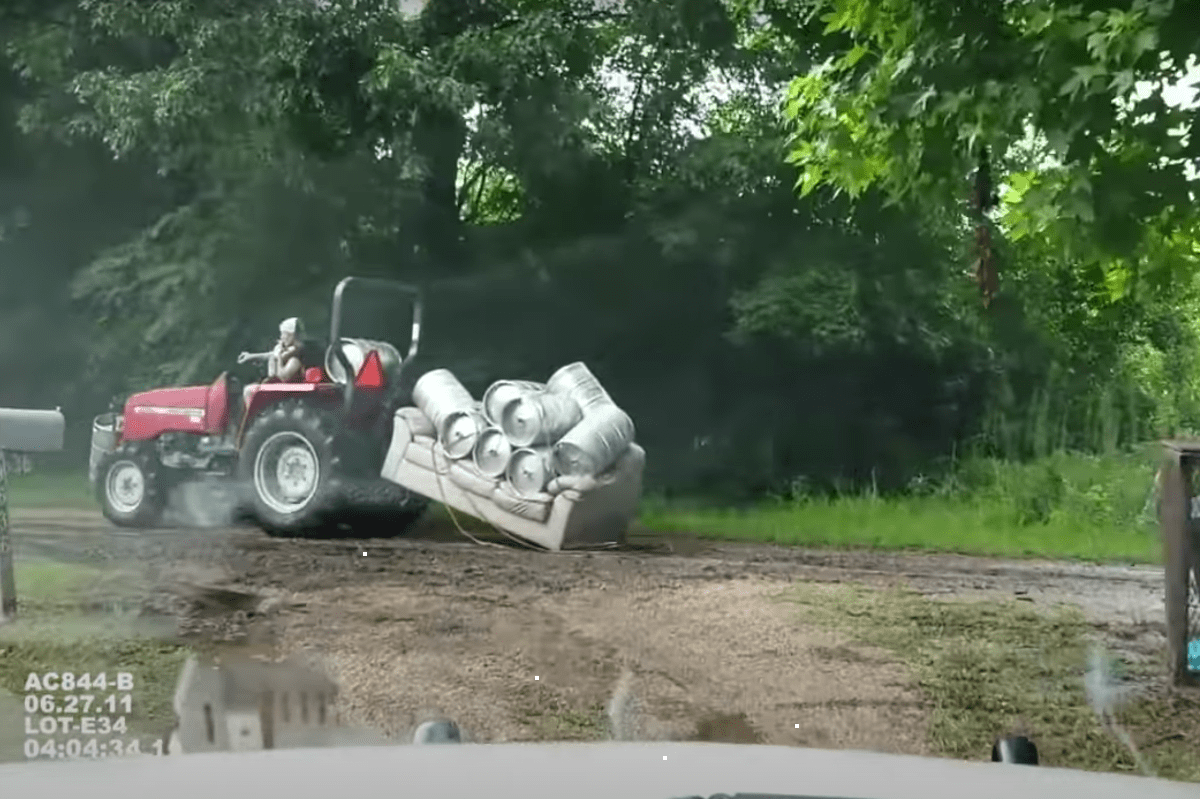 You probably remember him from the time he tried stealing 10 shopping carts with a lawnmower, which, as you may also recollect, didn?t end up working out so well for him in the end. But, if you thought that failure (a.k.a. getting thrown in the back of a cop car time after time) would stop Steve from continuing to attempt his redneck shenanigans, then you clearly don?t know Steve.

In another hilarious installment of the off-the-wall ?Steve?s Show,? Steve gets into a little bit of trouble with local law enforcement for pulling a beer keg couch behind his tractor. Yep, I said beer keg couch, as in a couch stacked with kegs of beer. If you?ve never seen or heard of such an incredible invention, then feast your eyes on prime redneck ingenuity in all of its glory.

Read More: Check out the Moment Redneck Arrested For Drunk Driving a Lawn Mower — Then He Gets Himself Tased

Honestly, I don?t understand what all the fuss was about from the cop?s side of things. Steve was just headed right up the road to his mama?s house to enjoy some quality couch keg beer. No real harm there. The real crime, if you ask me, is the police officer letting all the beer get cold. That should probably get you life in the clink, if we?re being completely honest. In all seriousness, like with all of Steve’s videos, the “cop” here was also in on the joke, but it definitely doesn’t make the stunt any less funny.

I wish Steve would keep making these ?Steve Show? episodes, because they?re hilarious every time. His keg couch episode may go down as one of his best bits ever.