One Driver Turned His Car Into a Mobile Movie Theater, and Talk About an Accident Waiting to Happen 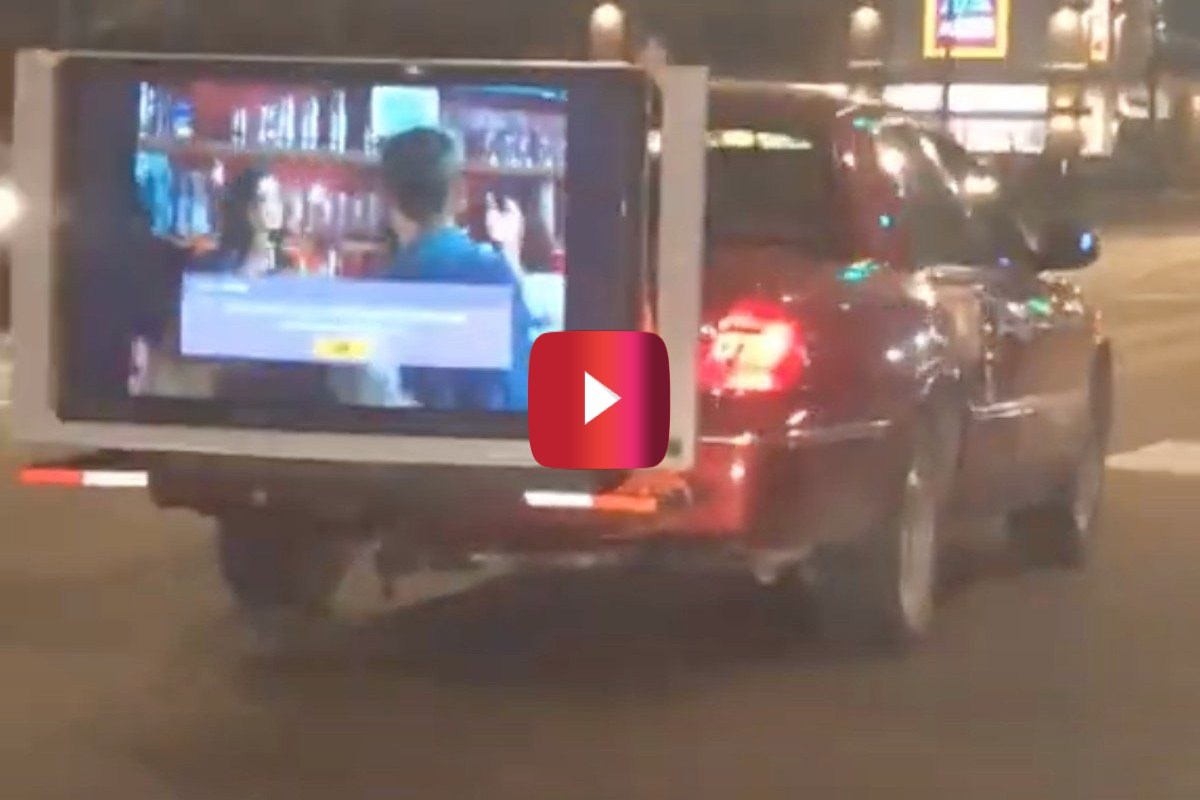 Life has been pretty strange since the Spring of 2020. It is about to get even weirder. Gearheads are extremely creative when it comes to hooking up their rides. In true pandemic fashion, the driver in this video has shown us something the world has never seen. In an age full of firsts, this clip is still surprising.

A driver in The Windy City was headed to his destination, when he spotted something truly bizarre. A sedan in the middle lane brandished an accessory that even Richard Rawlings wouldn’t mess with. The burgundy sedan appeared to be an Oldsmobile Cutlass. It had a flatscreen television strapped to the rear.

To make things even stranger, the television was fully functional. It featured a custom frame to house the flat screen. The rear attachment appeared to be a flat-screen mount attached to a modified hitch. While entertaining, this modification is extremely dangerous for other drivers. Distracted driving is a huge cause of crashes, many of them fatal, in the U.S. Smartphones are bad enough, but imagine trying to focus on the road when the Rockets game is on.

Thanks to modern technology, over-the-top attachments, accessories, and enhancements are common in 2021. Did this driver take things too far by attaching a flat-screen to his ride? There are plenty of dangerous modifications drivers can make to their cars, but this one is up there with rolling coal. Some gearheads are into performance, and others just want attention.

Chicago is now known for three things: hot dogs, deep-dish pizza, and oddly-placed flat-screen television sets. Despite being incredibly dangerous and borderline obnoxious, at least the person recording got a kick out of this unexpected source of entertainment during his commute. This driver either knows something we don’t or has no clue whatsoever. Is this a mod you’d make on your ride or was this person out of their mind?