How Truck Drivers Are Struggling During Coronavirus Pandemic 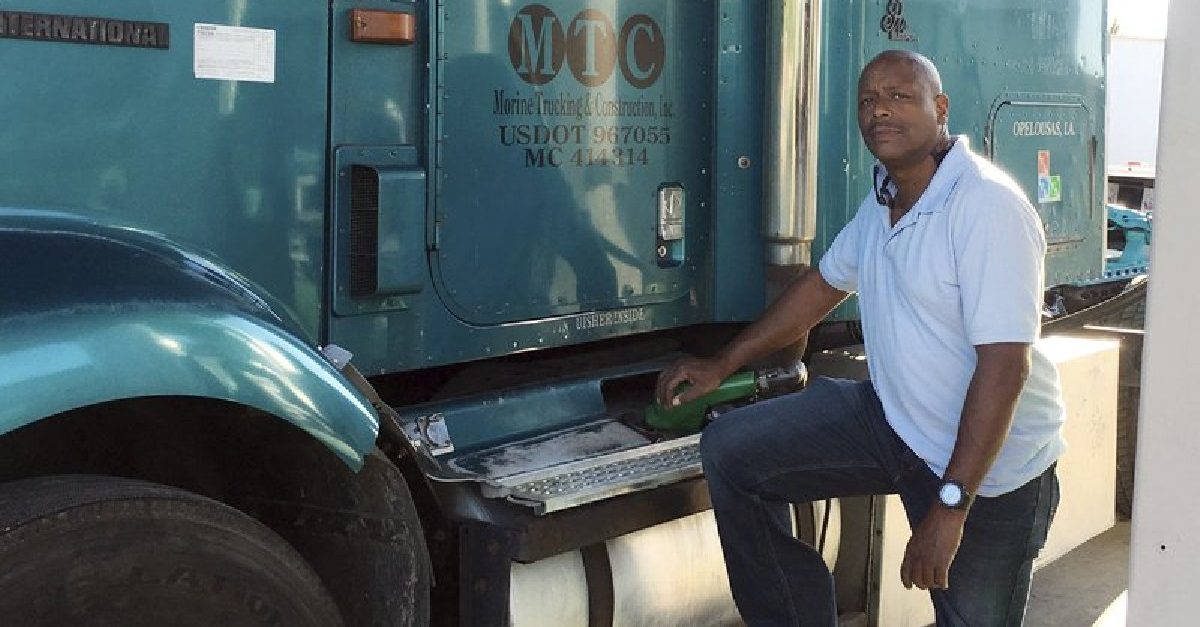 WASHINGTON (AP) ? Rodney Morine believes his second chance is no better than his first to secure a loan through a government program intended to help small businesses like his survive the pandemic.

?I have zero confidence,? said Morine, an independent truck driver in Opelousas, Louisiana, whose revenues have dropped by half since the coronavirus outbreak hit the U.S.

Morine?s pessimism highlights the perils of trying to rapidly dispense billions of dollars in federal aid to contain the economic damage caused by the pandemic. Much of the relief effort hurriedly approved by Congress and managed by the Trump administration has been beset by confusion and red tape. And those worries haven?t been erased by the addition of $310 billion for the Paycheck Protection Program, a key initiative to shield small businesses from the financial fallout.

?I?d like to say it?s gotten better but I don?t have anything I can point to that supports that,? said Todd Spencer, president of the Owner-Operator Independent Drivers Association, a trade group that lobbies for small business truckers.

?The reality we?ve lived with for a really long, long, long time is that the Small Business Administration was never really set up to deal with really small businesses,? Spencer said, referring to the federal agency overseeing the paycheck program. ?It?s more of a mid-size business administration.?

The Small Business Administration declined to comment for this story.

Truck drivers are an essential cog in the nation?s vast supply chain. They move more than 11 billion tons of freight annually and during the outbreak have kept grocery stores stocked and other businesses supplied.

President Donald Trump declared truckers the ?absolute lifeblood? of the U.S. economy during a ceremony on the south lawn of the White House last month. He introduced drivers from large delivery companies, including UPS and FedEx Ground, that generate billions of dollars in revenue and spend millions of dollars on lobbying.

Of the just over 311,000 for-hire motor carriers in the United States, roughly half operate a single truck, according to the drivers association. That?s their business. And many of these carriers have seen their revenues fall because of stay-at-home orders in many states and the shuttering of restaurants, retail stores and factories.

The math of the pandemic is straightforward: There are too many trucks and too few profitable loads for them all to carry. Drivers who made between $2 and $3 a mile for a load before the pandemic are now getting less than a $1 for hauling the same freight, said Mike Matousek, manager of government affairs for the independent drivers association.

In a mid-April letter to leaders of the House and Senate Small Business Committees, Spencer described the hurdles his members faced in getting access to the financial aid made available through the $2.2 trillion federal coronavirus relief package.

The Paycheck Protection Program, which launched April 3, provides forgivable loans of up to $10 million to keep small businesses with 500 or fewer employees from going under.

But Spencer said the association?s members encountered ?a chasm between what was touted when this legislation was enacted and what they?re actually receiving.? He said the association was concerned applications for smaller amounts were being bypassed by the banks and credit unions that administered the loans because there was little financial incentive to process them.

A separate program that granted emergency loans of up to $10,000 to offset the temporary loss of revenue only delivered a tenth of that amount to drivers who told the association about their experiences, Spencer wrote.

Morine, who refers to his one-truck company not as small but ?micro,? has been a driver since 1995. He logs as many as 10,000 miles a month hauling everything from soap to oil refinery equipment. Before the pandemic, he grossed about $10,000 a month. That covered fixed costs like fuel, insurance, maintenance and his pay. Lately, he?s been pulling in about half that much.

He said he applied for a loan of $9,000. Morine didn?t hear anything from the Small Business Administration about whether his request had been approved. So he went to his credit union to file again. By then the program had run out of money. He finally received a notice from the SBA on Saturday evening that his application is being processed in the order it was received ? a message that didn?t ease his doubts.

He?s still waiting, even though the paycheck program has been replenished with billions more dollars.

?I actually wanted to apply for more, but I know that there are other small businesses out there that are trying to make it as well,? Morine said.

Part of the problem, Morine said, is that he is essentially competing against other businesses the government considers small yet may have hundreds of employees and generate millions of dollars of revenue a year. They can afford lobbyists and consultants to help them cut through the federal bureaucracy and get answers quickly, he said. Not Morine.

?Little me? I can?t afford to hire no consultant like that,? he said.

C.W. Boyd owns a fleet of 12 tractors and 16 trailers in Oxford, Pennsylvania. He applied for a government loan of around $55,000. But he?s also not optimistic he?ll get anything.

?It?s the little guys that make up the heart of the transportation industry,? said Boyd, who?s been in the trucking industry for 46 years. ?And we?re the ones that got ignored.?

Boyd said he?s refused to cut the wages of his drivers even though he?s bringing in less.

?I got nine guys that I?m still responsible for, that have wives and children and depend upon me for an income,? he said. ?So we?re still out there fighting the good fight. My guys are still getting paid every week.?