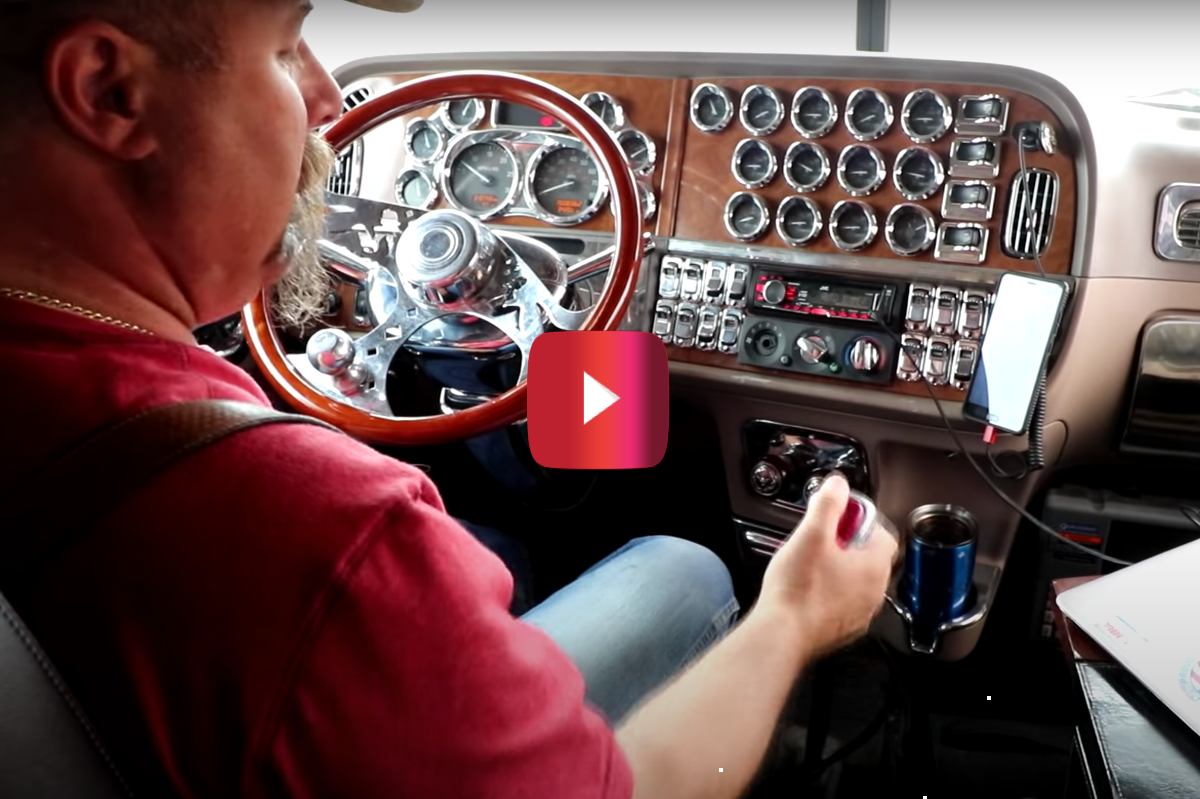 YouTuber Sasnak (which, fun fact, just so happens to be Kansas spelled backwards) has worked in the trucking industry for more than 30 years. Over the years, the experienced trucker has put out a ton of videos to educate and entertain folks with some of the tricks he’s learned and the adventures he’s been on in his 2007 379 Peterbilt with a custom 132″ ARI sleeper.

For one of his more popular videos, our mustache-sporting, camo-hat-wearing friend shows us how to shift an 18-speed Eaton Fuller transmission, which is the biggest transmission that they makes these days. Not only is the video super educational, but, as one commenter so aptly puts it, “This dude looks like America as a person.” Couldn’t agree more, pal.

Before he actually dives into how to shift an 18-speed, our guy kicks the video off with one hell of an analogy on how shifting that many gears is a lot easier than it looks, but takes some time to master. “It’s kinda like shooting pool. It’s easy to understand, but it’s hard to get good at.”

I have to imagine that anyone out there who has made the mistake of taking on a seasoned pool shark after one shot too many at the local dive bar was nodding along after he made that comment. Am I speaking from personal experience? Maybe…

Now, you might find it hard to believe that an instructional video could rack up more than 8 million views on YouTube, but Sasnak really sucks you in with his informative and engaging style. The video’s barely 10 minutes long, but you feel like you’ve learned a whole lot by the time it’s over.