Kid Shifts Gears in 13-Speed Truck Like a Pro 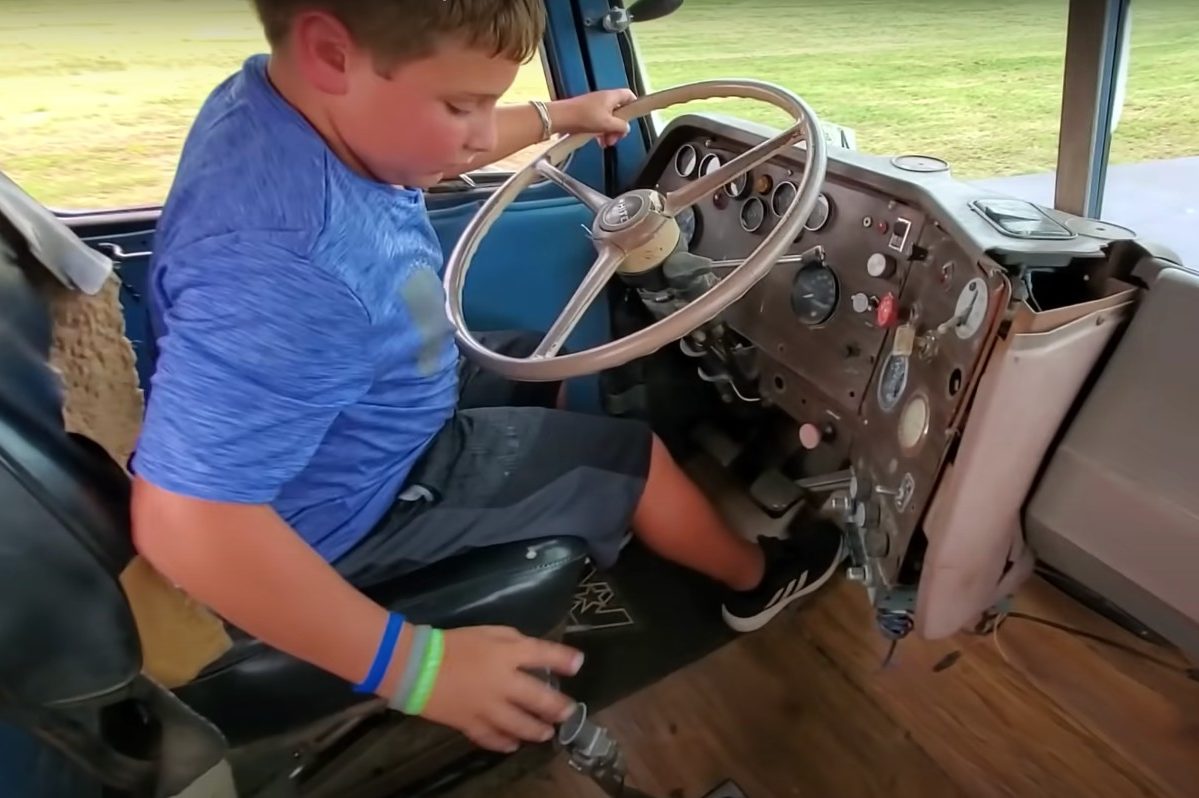 Brad’s Classic Trucks And Trains is a YouTube channel run by, well, a guy named Brad who loves classic trucks and trains. It is right there in the name, after all. Really doesn’t get more up front than that.

Brad’s 10-year-old son Nathan is a frequent star in Brad’s videos, and, as it turns out, the kid is quite the truck-driving prodigy. Every now and then, Brad will post a video showing how far Nathan has come with his truck-driving abilities. Back in August 2019, Brad posted a video of Nathan shifting gears in a 13-speed 1977 Western Star truck.

“Ok, everybody, he’s been practicing,” Brad says to kick off the video. “Let’s try it again. Let’s see where he’s at now.”

With more than six million views, the video took off almost as fast as Nathan did. This kid’s a natural! An artist behind the wheel. You could see that Dad proud as all hell, too, especially when Nathan picks up speed there at the end. Talk about the ultimate father-son moment!

Read More: 9-Year-Old Kid Does Some Monster Donuts After Learning to Drive Stick in Mere Seconds

A couple weeks after uploading his viral hit, Brad posted another video of Nathan behind the wheel of the Western Star. This time, the little dude uses no clutch. This kid is going places!

This is the sort of stuff that Brad will remember 50, 60 years from now. And, you can’t beat that.