Man Creates a Jet Ski That Can Drive on Land, And Of Course He’s From Florida

Backwards Chevy Truck Gets Caught on Video, and the Folks Filming Couldn’t Believe It 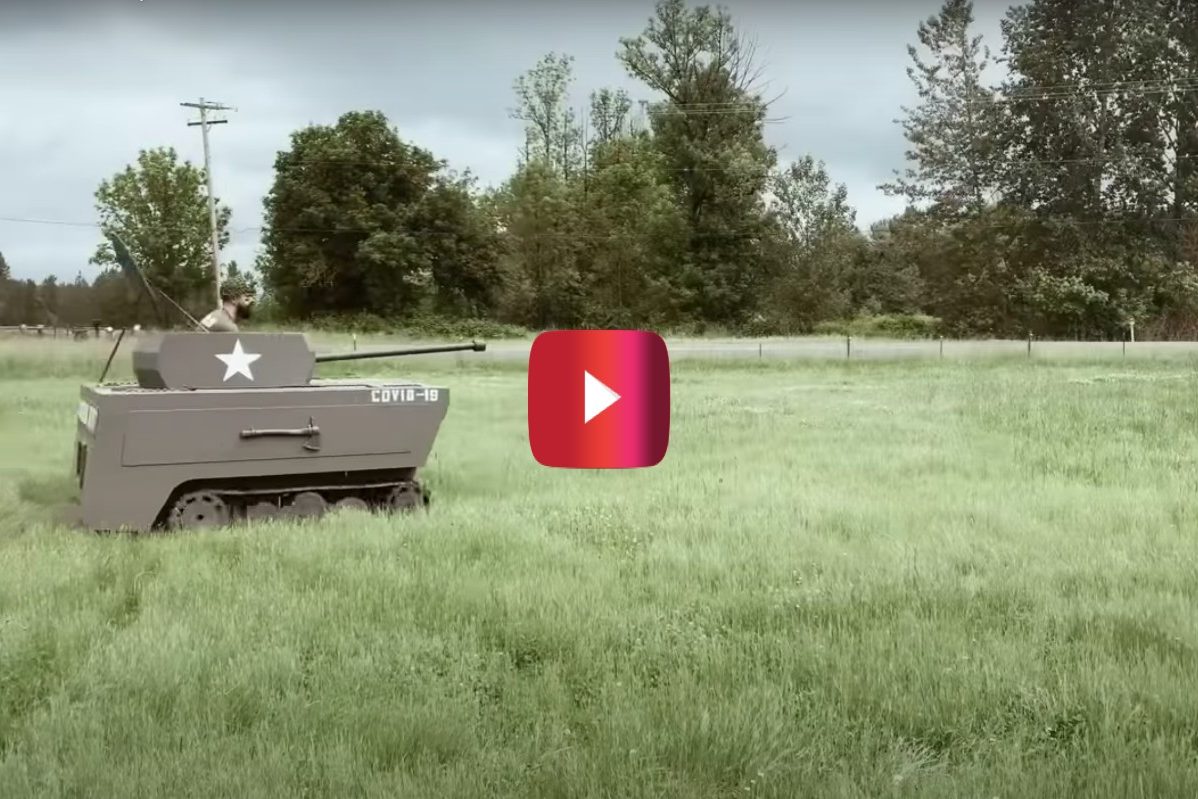 Mowing your lawn can be one of the most tedious parts of home maintenance. No matter what’s going on in the world or your personal life, that grass will just keep on growin’. Depending on your lawn size, keeping it tidy could take a lot of labor, especially for older folks. What if you had a way to make this annoying, laborious task fun for not only you, but for anyone that happens to catch a glimpse of you?

Jason of Albany, Oregon, has the answer. Jason is a talented woodworker who decided to make this mundane task fun by modifying and redesigning his home lawnmower. The results were epic.

Jason used wood to build the frame of a tank around his lawnmower. He then used a pipe to build the tank’s cannon. After some master craftsmanship, Jason painted the tank and even added cool decals. He dubbed it “Bourbon Moth” before designing and adding real treads to the wooden frame. Building a model tank would be cool enough, but Jason’s tankmower actually works!

Creating an all-terrain tank with working tracks using a lawnmower as the base is pretty impressive, but Jason didn’t stop there. What’s a tank without a working cannon? Instead of deadly projectiles, this fun-loving tank launches spuds at a high velocity. Why wouldn’t a tank mower have a working potato cannon attached to it, right?

Jason created a way to mow his lawn, have some fun, and scare the heck out of his neighbors, all with the same project. This build isn’t for everyone. Jason is a woodworker by trade and has years of experience. After seeing this, it’s safe to say he can build just about anything. Jason delivered what the world needed most in these strange times, and we sure are glad we got to witness it. The next time the sun is beating down on you and you’re dreading mowing the lawn, just remember somewhere out there is a fella launching potatoes with his mower. Hopefully that’ll lift your spirits.