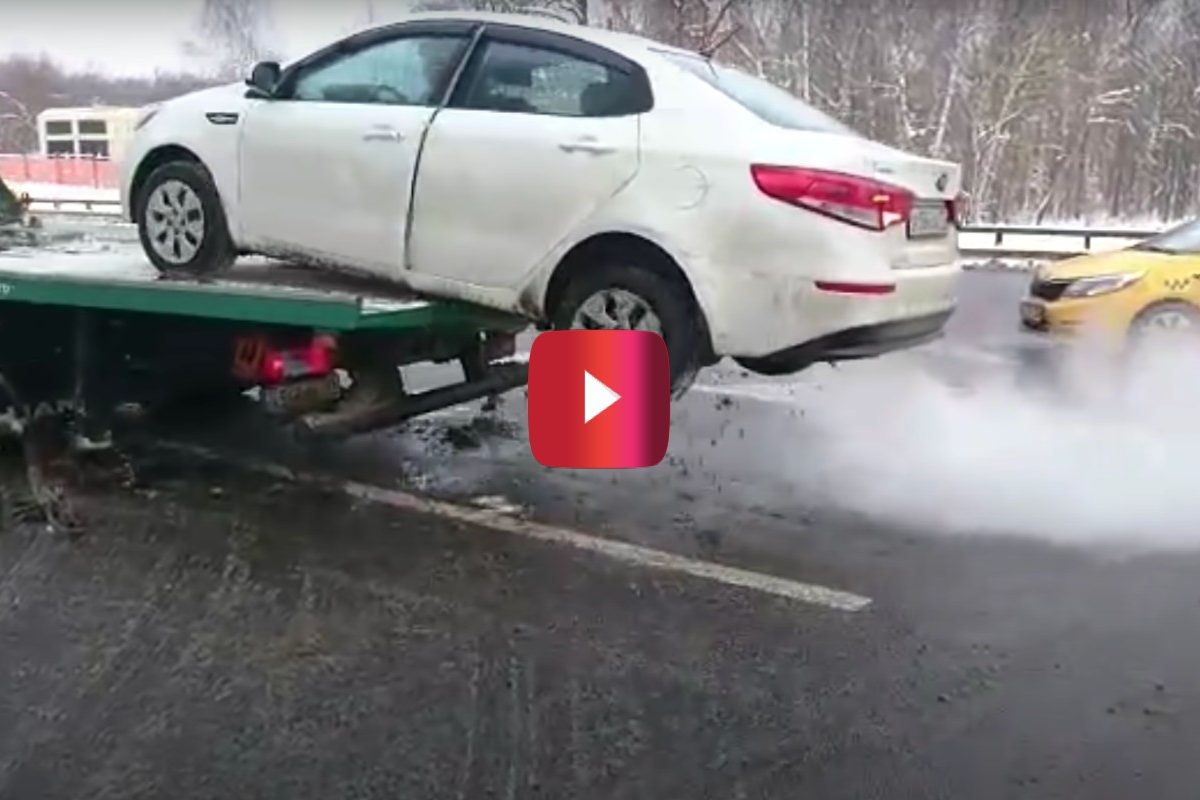 What we’ve got here is one of those “only in Russia” type stories. That’s not to say that crazy tow truck incidents don’t happen in the U.S., or anywhere else in the world for that matter, but it just makes perfect sense that the below video of a dude reversing off a tow truck with reckless abandon and making a shameless run for it ended up going down in Russia.

Especially when you consider the ridiculous backstory.

A Kia Rio was towed from the Vnukovo International Airport in Moscow because police officers had determined that the driver of the car wasn?t actually its owner. Despite the fact that the driver actually called the owner up on the phone (who had apparently just sold the car to the driver), the cops decided it wasn?t enough for them and called in a tow truck.

Read More: This Russian Car Guru Shows What Happens When You Drive with Tires Made of 3,000 Nails — Just Check out the Footage

Despite the outlandish lengths that the driver went to get the hell of Dodge, he seemed pretty calm afterwards. At least if you read the interview he gave with Autonews.ru.

“I have my own car service, I have experience and knowledge, and I calculated the trajectory?the exit from the tow truck could not damage either the tow truck or anyone nearby,” he said. “As for the damage on my car, they are minor.”

The way this dude says “I have experience and knowledge” makes it seems like he’s bragging about his “particular set of skills” a la Liam Neeson from Taken.

Except, unlike Liam Neeson from the Taken movies, this guy is a straight-up villain.