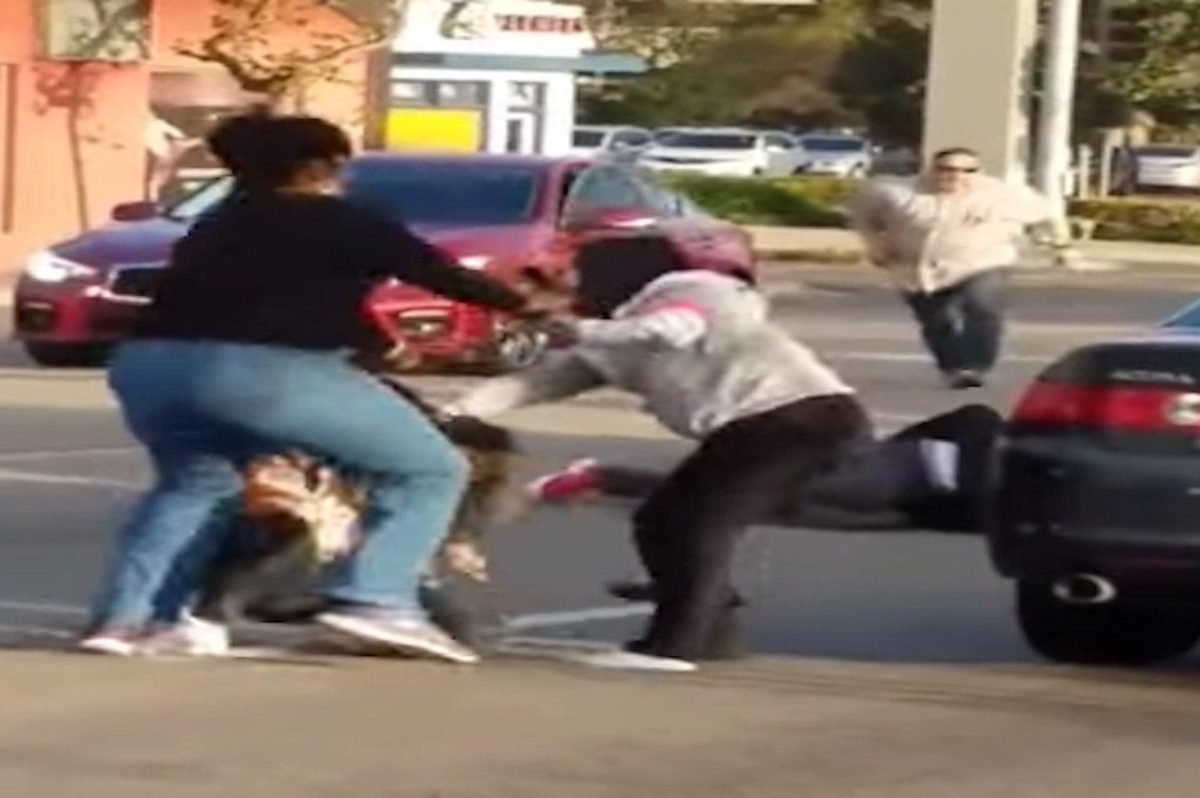 You know that recurring scene in the Lethal Weapon movies where grizzled detective Roger Murtaugh (played by Danny Glover) says that he’s ?too old for this shit??

That?s probably similar to how one off-duty police officer in Chula Vista, California felt after witnessing a particularly intense instance of road rage between two couples, who opted to throw down in the middle of the street rather than talk things out like adults. Even though he was off the clock, the cop felt compelled to spring into action when he saw just how much the brawl was escalating.

It definitely made for quite the crazy scene, and, like with most road rage incidents these days, someone was there to record the whole thing.

The incident may have happened back in March 2017, but you have to think that the officer still probably looks back on that day from time to time. Especially during particular dull days on the job. Thankfully, he had a few other Good Samaritans who were able to help him break up the fight, or who knows how everything might have ended up.

As one YouTube commenter points out, the whole thing basically started after one couple, for some reason or another, decided to park their car right in front of another couple’s car, effectively blocking them in and impeding the flow of traffic. Some heated words were exchanged, and the couple that appeared to have started the whole thing ended up being on the receiving end of the beatdown.

Yup. People fight over the stupidest things. Yet another example of how it never pays to road rage.