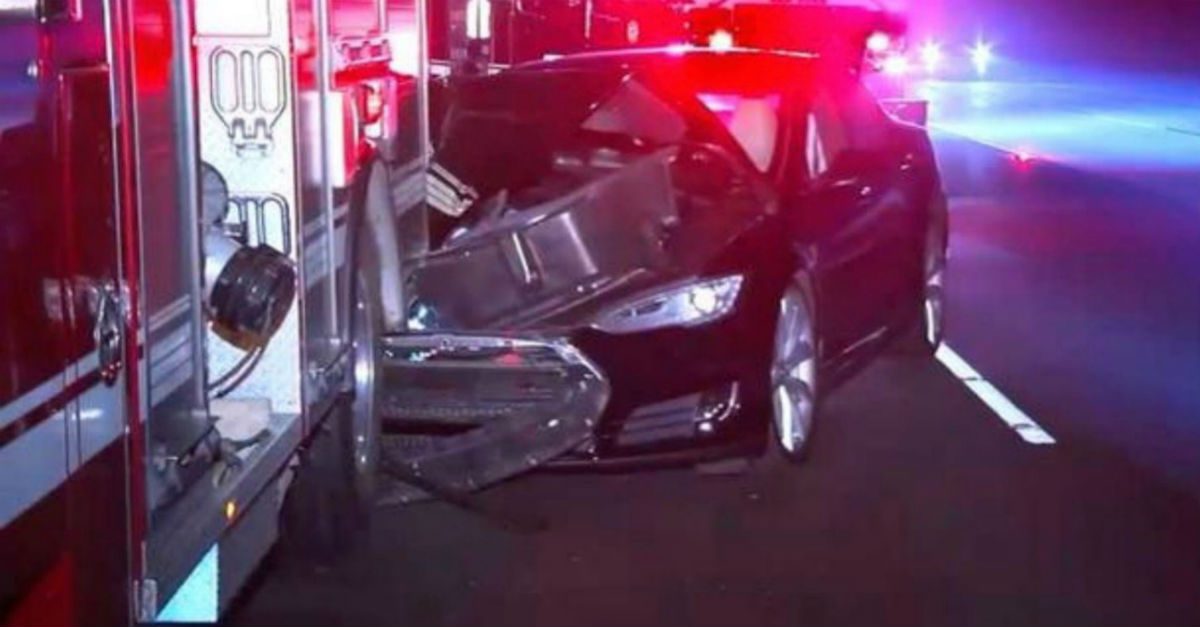 SAN JOSE, Calif. (AP) ? Authorities say a Tesla driver, who said he thought his car was in Autopilot mode, crashed into the back of a firetruck in San Jose.

The California Highway Patrol says the Tesla rear-ended a fire engine that was stopped with its emergency lights activated along US-101 around 1 a.m. Saturday.

The 37-year-old driver, Michael Tran, told officers, ?I think I had auto-pilot on.?

Tran was later arrested on suspicion of drunken driving. It wasn?t immediately clear if he had an attorney.

Watch out for Fire Vehicles: For the 2nd time in just a few months a parked #SJFD Fire Engine was working an emergency scene when struck from behind. Fortunately Firefighters escaped injury. pic.twitter.com/DZUPutwQwl

Read More: One Driver Found out Why Tesla?s Autopilot Is Still Not Considered a Finished Product

The San Francisco Chronicle reports that the two firefighters in the firetruck were not injured. The newspaper says Tran and a female passenger in the Tesla were taken to San Jose Regional Medical Center with minor injuries.

Tesla?s semi-autonomous Autopilot mode has come under scrutiny following other recent crashes. The carmaker says the function is not designed to avoid a collision and warns drivers not to rely on it entirely.

It was unclear whether Autopilot was activated. Tesla says in a statement that it ?has not yet received any data from the car, but we are working to establish the facts of the incident.?

Watch: Tesla Autopilots Itself Directly into a Wall