Tesla autopilots itself directly into a wall 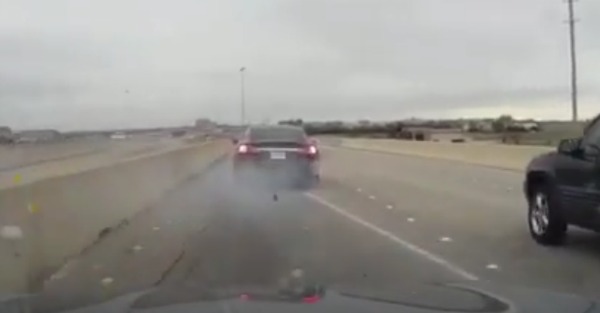 This Tesla Model S seen cruising down the highway is in for a nasty surprise. According to The Drive, the owner originally blamed, via reddit, the car’s autopilot for misreading the road and driving into the barrier.

While it does clearly seem to be the case, there are disclaimers aplenty about the optimistically named “Autopilot.” The system is absolutely not meant to drive the car without driver input.

The issue likely stemmed from how the car reads the road. It reads the painted lines, which in this case, continued on straight while the concrete barrier shifted the lane due to construction. We can’t really blame the driver for trusting the car to continue on its cruise and, even if he noticed the car following the lines towards certain doom, it may have been too late to correct.

While this serves as a cautionary tale on how much to trust these autonomous systems that are still in their early stages, it is encouraging that after the collision, the car and/or driver was able to safely control the car and bring it to a stop.