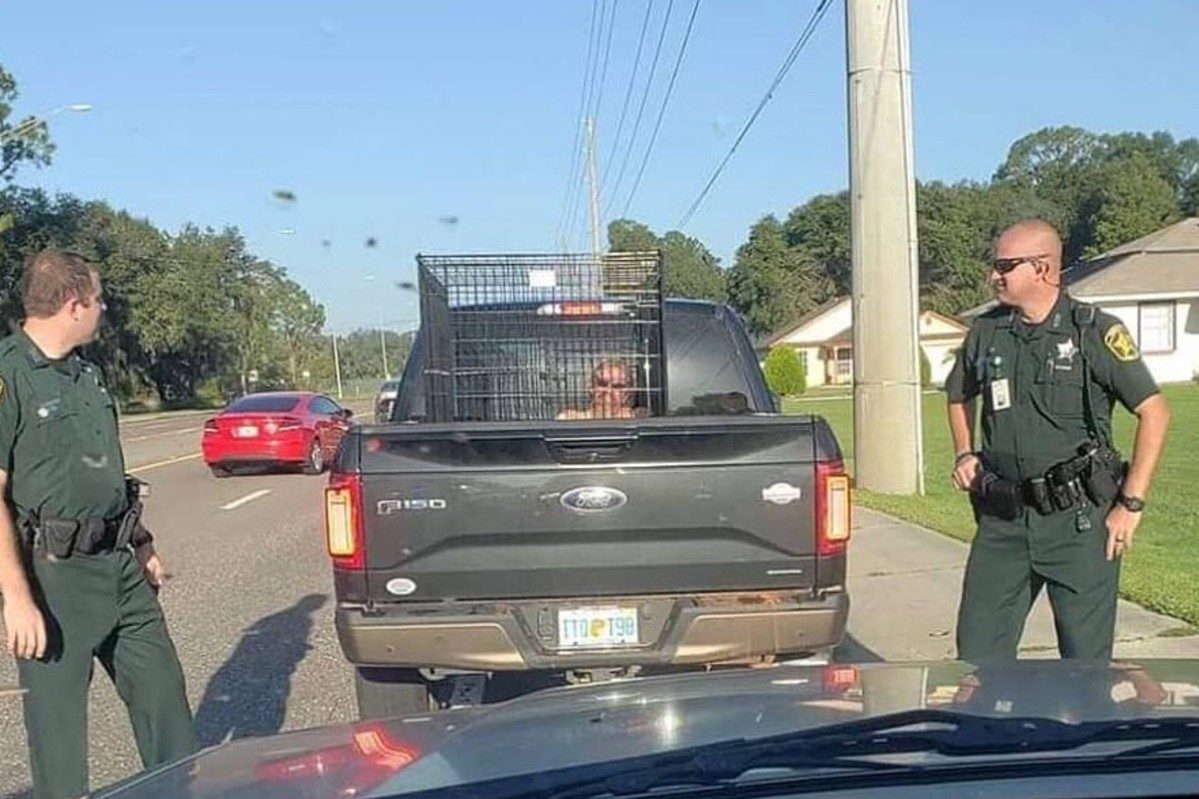 A Florida woman practicing either misguided passenger safety methods or some extremely public dom/sub sexual humiliation play was pulled over in Polk County, Florida because a Florida man locked in a dog cage was in the bed of the Ford F-150 pickup truck she was driving.

But the man and woman had to expect this was coming. It can’t be legal to transport another human being like this, even if they volunteered for it. It’s certainly not legal to parade a man around the county’s roads while he’s fully erect, moaning (howling?), and showing off his o-face the whole area. Hopefully part of the arrangement was that the man agreed to pay the ticket. That would also humiliating so why wouldn’t he?

The other options here are, who even knows? The man is being transported to face a trial by the county’s meth dealer tribunal? The man was convinced he was a gator and kept trying to bite the woman so she threw him in a cage and is driving him back to the swamp? The man drunkenly confused the cage for his apartment the night before and the woman never saw him in there when she started driving the next day? Everything is on the table and almost assuredly the truth will somehow be stranger than the fiction guessed at here. (I am resolutely Team Shame Boner, though.)