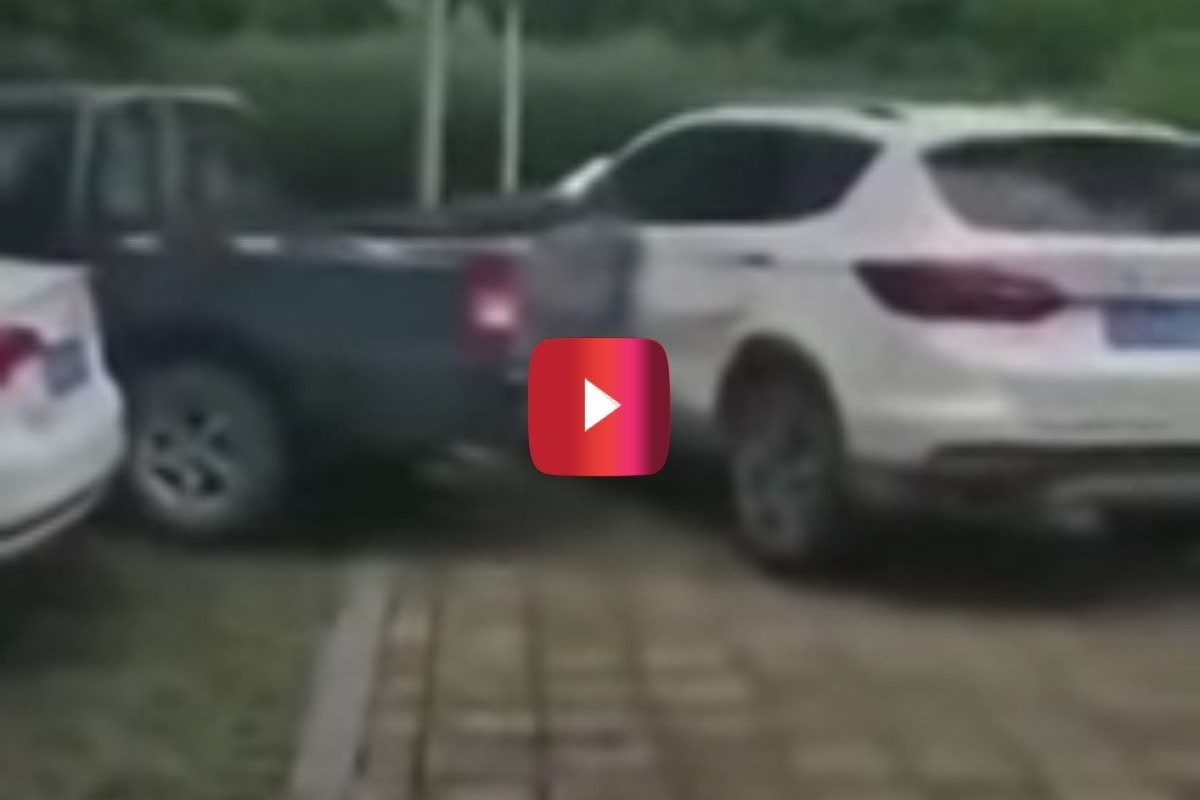 There’s a special place in hell reserved for folks who block in other cars with their illegal parking jobs. It’s a move that should get you immediately written up, towed, and thrown in the stocks medieval-style.

The driver of one illegally parked car probably would have preferred that fate over what happened when he decided to block the path of a particularly impatient pickup truck driver. Dishing out his own special brand of vigilante justice, the driver of the pickup went full-on berserker mode and just rammed the parking offender to make room for his truck. Then, he just went on about his day as if nothing happened.

I have to say, it was pretty damn effective.

Read More: This Angry Lady?s Meltdown over Parking Job in Home Depot Is Absolutely One for the Books

Now, if I were in this truck driver’s shoes, this probably isn’t the move I would’ve gone with, but I don’t entirely blame the guy for doing it either. To be honest, it’s actually pretty satisfying to see someone who thinks that they can just park however and wherever they want get what’s coming to them.

Sure, there were other ways to deal with this whole thing. Could the pickup driver have just called a tow truck? Of course. If he didn’t want to wait that long for a tow truck, could he have also just pulled up onto the grass and driven around the blockade? Probably. But neither of those options make for great videos.

It’s said that two wrongs don’t make a right. But, sometimes, just sometimes, that second wrong can make for some grade-A entertainment. And, in the end, is there really anything so wrong with that?