This Guy Didn’t Have a Driveway, So He Developed This Smart Parking Solution Instead 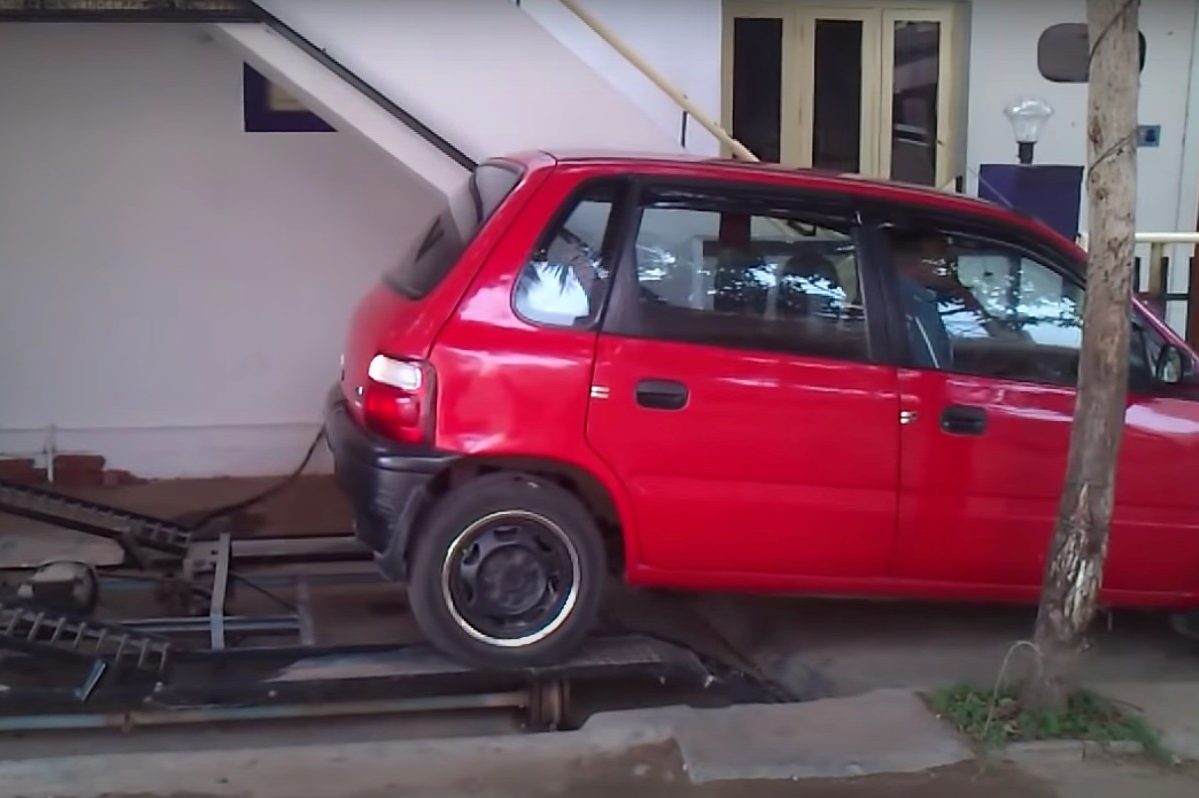 If you’ve been following this site for a while, you’ve probably seen the term “redneck engineer” a time or two. Now, contrary to popular belief, a redneck engineer doesn’t have to be someone who lives in some backwoods area in the American South and outfits lawn mowers and go-karts with souped-up engines.

There’s a certain stereotype that gets drummed whenever the idea of redneck engineering gets brought up, but we’re here to show you that it’s not so cut and dry. Simply put, redneck engineering is a mindset more than anything. It’s about using one’s engineering skills to build something, either out of necessity or even just for fun. Take YouTuber Vinod Kumar, for example. This guy didn’t have much of a driveway in front of his small home, so he engineered an extremely ingenious and novel way to park his small car where it wouldn’t be broken into or damaged.

By gutting the underside of the staircase in front of his home and putting a wheeled track inside, he was able to park the car on a small metal lift, slide it underneath the staircase, and hide it safely in a makeshift garage. Pretty sweet, right? Just take a look at how he does it!

This was definitely a cool project, but as several of the YouTube video’s commenters rightly pointed out, there were probably at least a couple alternatives to this time-consuming process. For instance, the guy could’ve just gotten a motorcycle or a smaller car.

So, yeah, maybe not the best use of time management, but you certainly can’t knock this dude’s engineering skills.