Mechanic Builds a 425-Foot Drift Track Around His House 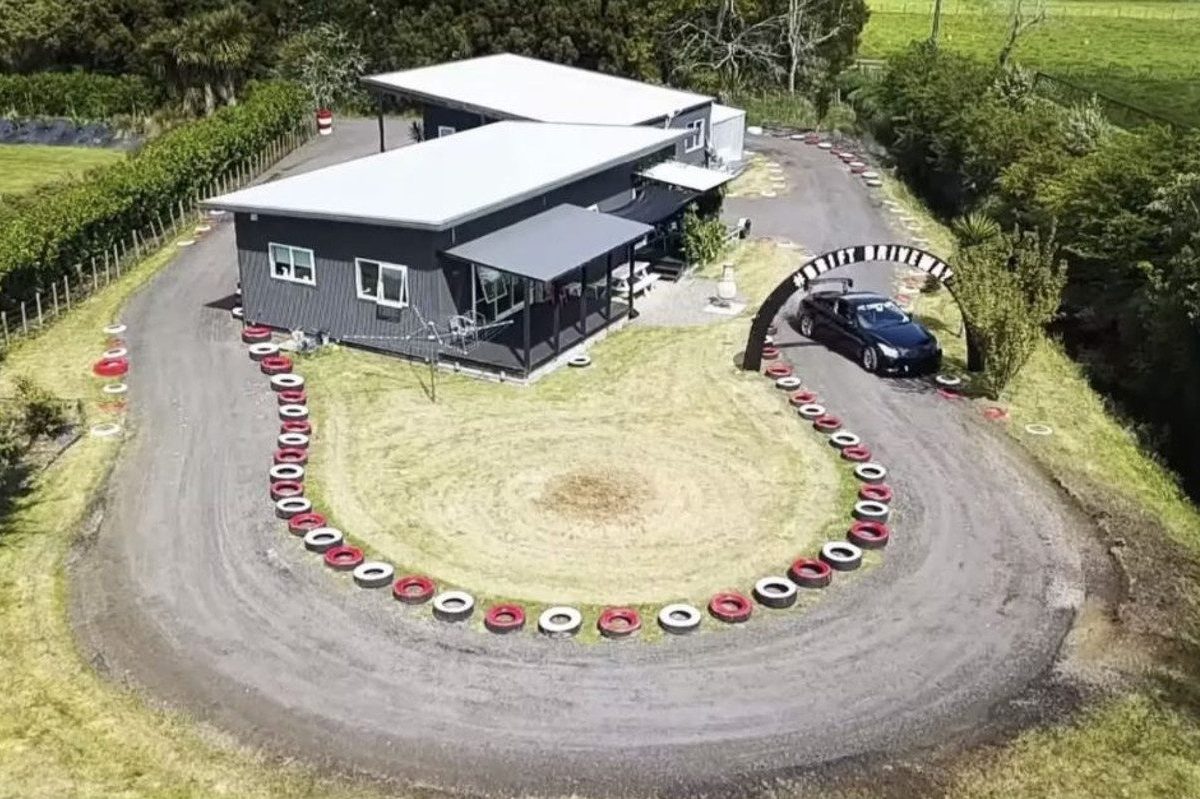 Takeshi Teruya eats, sleeps, and breathes drifting. Having moved from Japan to New Zealand in 2007, the 37-year-old mechanic has been drifting ever since he first got behind the wheel of a car and regularly competes in drifting competitions.

But it wasn’t long ago that Teruya’s love of drifting culminated in a project of epic proportion: building a actual drifting track around his house.

“A few years ago, I attended the Leadfoot Festival in Hahei where the races took place at Kiwi motorsports legend Rod Millen’s driveway,” Teruya told the New Zealand Herald. “That inspired me a lot, so when I came back I started planning on how I can have my own drifting track at my house.”

Right after purchasing his home in Hamilton, New Zealand, Teruya got right to work on his 425-foot drift track, most of which he completed by himself. All told, it cost around $10,500 to build. It turns out that most of his neighbors loved the idea, and even helped him with the project. Takeshi’s wife Yoshie was the only one who, initially, wasn’t too thrilled with her husband’s plans.

“Who in the right mind builds a race track around your own house?” she told the Herald. “He’s a dad, but it seems like he hasn’t grown up.”

Yoshie later warmed up to the idea and says that she enjoys playing on the track with their two daughters, Anna and Sara.

“It is really good for the kids’ scootering and push bikes, so now we don’t even have to go to the parks.”

Now that Takeski has his wife on board, the next step is pretty simple: full-blown, homegrown drifting competitions.