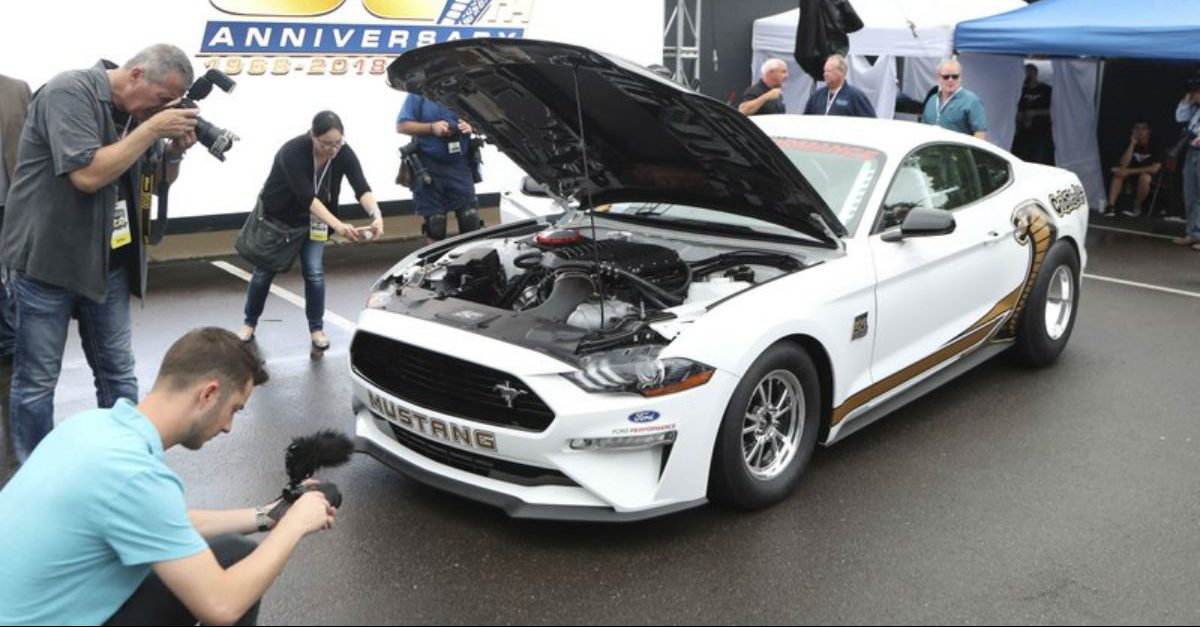 DETROIT (AP) ? Sales of new American muscle cars are falling, raising questions in Detroit and elsewhere about whether a nostalgic, high-horsepower cruising culture that dates to before the 1950s is in peril.

Part of the drop can be blamed on the shift from cars to SUVs that began more than a decade ago, but there are demographic factors that signal a decline. Baby boomers, who buy many of the muscle cars, are getting older.

Muscle car fans consider the Ford Mustang, Chevrolet Camaro and Corvette, and the Dodge Challenger and Charger to be the mainstays of Detroit performance cars. But their combined sales fell 7 percent in 2016, 11 percent last year, and are down almost 10 percent for the first half of 2018, according to numbers provided by Kelley Blue Book.

?They just don?t have the same appeal that they did previously,? he said. ?Big, loud engines and noisy V8s, it just doesn?t draw the same attention and I think interest with the younger crowd,? said Jeff Schuster, a senior vice president at the forecasting firm LMC Automotive.

To be sure, people still buy a lot of the cars. The automakers sold nearly 328,000 combined last year.

Yet U.S. sales of the iconic Mustang, which leads the segment in 2018, fell 13 percent in 2016, almost 23 percent last year and 5 percent during the first half of this year. Sports car sales, including those from foreign brands, also have dropped during the past two years.

Most muscle cars are owned by Baby Boomers, roughly 74 million people who were born from 1946 through 1964. But the youngest of the boomers are in their mid-50s now, and many are past their peak earning years and don?t have the money for a third car to go cruising. As the generation ages and enters retirement years, they?ll buy fewer new vehicles and fewer muscle cars will be sold.

?I can see that, but it takes time,? says Bryan Hamilton, car show chairman for Shoals Mustangs, a pony car club in the Muscle Shoals and Florence, Alabama, area. Although membership in the club is stable at around 40, most members are boomers, he says. As they age, interest in the cars could wane, he says. While many have restored Mustangs from the 1960s, other members have newer versions.

Read More: Why the Ford Torino Cobra Is One of the Most Underrated American Muscle Cars

Hamilton also says there are some younger people in another classic car club he?s in who are buying newer cars. Shoals Mustangs, he says, reaches out to local high school auto technician programs, showing off cars and giving some students new tools to keep interest going.

There?s also the point of view that Detroit iron will rise again as automakers roll out new versions of the cars, most of which are several years past their introductory dates. Experts say newly redesigned cars are important in a segment that values looks and performance.

The big question is whether millennials, now 22 to 37, will be interested in a rumbling performance car.

Steve Beahm, head of Dodge and other passenger car brands for Fiat Chrysler, says that by creating new versions of the Challenger and Charger such as the 800-plus horsepower Demon, the company has been able to keep older models fresh and gain interest among younger people. Charger sales are down 4 percent so far this year but Challenger sales are up by a like amount.

?Our age demographics are not growing,? Beahm said. ?We?re bringing in some of the younger people, in the 30-35 range.?

The shift to SUVs should actually help muscle cars as automakers, namely Fiat Chrysler and Ford, stop selling small, midsize and even larger cars, said Kelley Blue Book Executive Publisher Karl Brauer. SUVs don?t handle as well as cars and aren?t as much fun to drive, says Brauer. So those looking for a lower center of gravity will select the muscle cars, he said.

Millennials weren?t expected to buy new vehicles when they were younger, but now are buying as they age and move to suburbs, Brauer said.

Schuster said the risk is low, but it?s still possible, that the muscle car segment could be dying. It won?t happen within the next five years, but after that, he said the risk rises. ?You?re losing a market unless you do something with the vehicle that appeals more to a younger buyer,? he said.

Kay Rhame, car show director for the Red River Classic Mustang Club in Bossier City, Louisiana, said the popularity of the Mustang is proved by the fact that Ford is shedding all passenger cars except the Mustang. She doesn?t see a decline because she and her husband are spotting more new Mustangs in their area every day.

?This is a culture, not just a car,? she said. ?I really don?t see them going away.?

Read More: This Classic Car App Lets You Invest in a Vintage Ride for Cheaper Than You Might Think