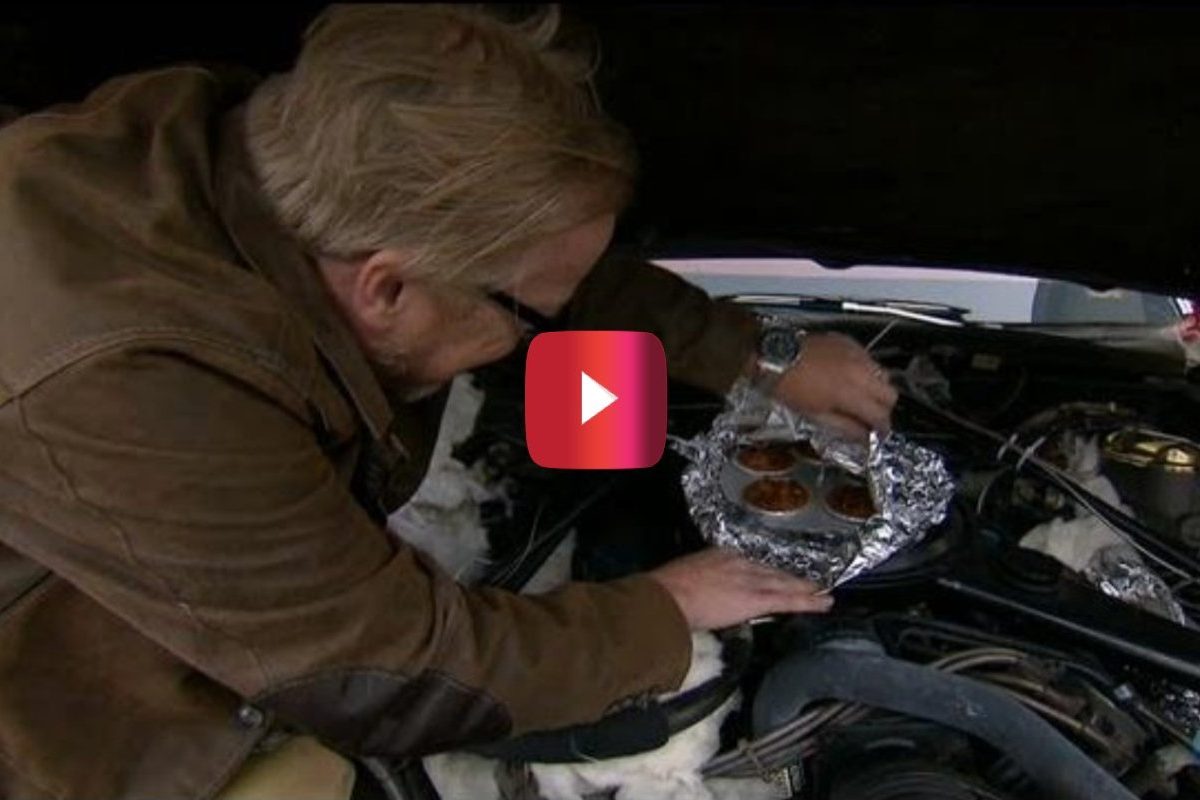 Back in 2012, Mythbusters decided to do a Thanksgiving special where they answered the question that every gearhead has thought about at some point: Does your car’s engine put off enough heat to properly cook food, and even further, would you be able to prepare an entire Thanksgiving meal with it? While it may not be the first cooking method that crosses your mind, Jamie Hyneman and Adam Savage set out to see if it’s really possible.

Of course, it’s not a complete cooking experiment without a taste test, so the boys even give the food a try at the end of the video, so we see some genuine reactions to the meal. They set multiple containers filled with different types of food around a few different locations in the engine bay. After going on a lengthy drive around some curvy roads in their old Cadillac, they finally park up and see if dinner is ready to be served.

As they start to unwrap some of their food, the results were pleasantly surprising. Although the turkey may have looked a little unappealing on its exterior, the unorthodox method did prove to actually finish cooking it completely through. The hosts even claim that it’s both tasty and tender. Not only that, but the sides ended up being edible as well, and they even finished off with a pumpkin pie for dessert.

While you can witness their reactions to eating each of the Thanksgiving items, I believe their true thoughts show by their finals words towards the end. They all agree that they’ve had worse Thanksgiving meals, but when answering the question, “Can you cook an entire Thanksgiving meal on your engine?”, they simply reply with, “If you wanna, and if you gotta.” Safe to assume it’s certainly possible, however, you’re probably better off with just sticking to the traditional methods for cooking your turkey.