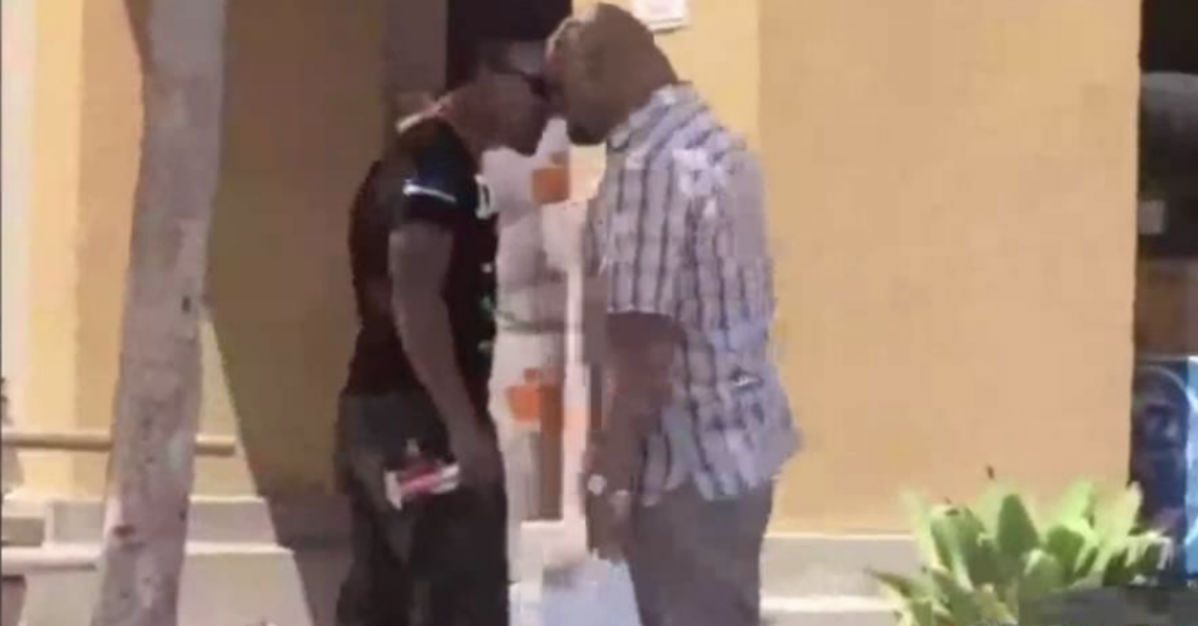 When I’m in public and I see something crazy or out of the ordinary go down, whether it be a fight, a flash mob, or some other attention-grabbing incident, I’ve never been the type of person to pull out my cell phone, start recording, and then upload that recording to YouTube. But praise the Lord that there are people out there who think to whip out the ol’ mobile device during those potentially viral moments.

Thanks to such amateur filmmakers, we get treated to gems like the above video from out of Baldwin Park, California, a place where you apparently might want to think twice before getting in the wrong person?s face.

WATCH: Brash Dummy Gets Knocked Out

Read More: This Austin, Texas Street Brawl Is the Most Well-Filmed Fight of All Time

As you can tell from the grainy footage, one sunglasses-wearing tough guy got himself knocked into next Tuesday after making the mistake of getting all up in another dude’s grill who WAS NOT in the mood to mess around. There’s dazed and confused, and then there’s Mr. Runs-His-Mouth, who doesn’t even have time to defend himself before he hits the pavement.

As if getting viciously KO’d weren’t bad enough, this humbling moment will now be viewed by millions and live on forever in cyberspace.

AND, on top of all that, the dude who dished out the punch? He had just finished a shopping trip and didn’t even need to set his bags down to unleash four devastating punches and two vicious kicks.

If you’re the guy who got dropped, how do you even explain getting the crap kicked out of you by a guy holding two grocery bags, who doesn?t even let one food item spill out of the bag as he humiliates you? You don?t. This bald brawler is either the most coordinated man on the planet or he had the best grocery bagger in the history of grocery baggers.