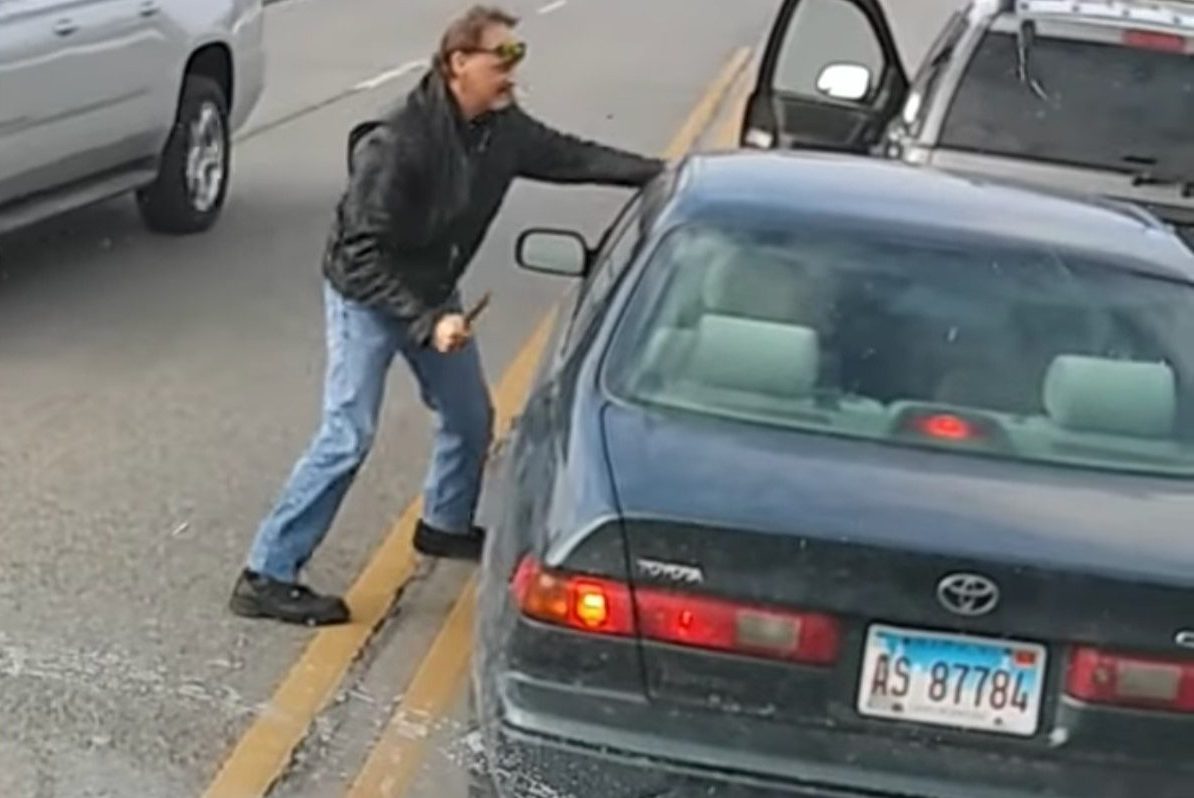 If you find yourself in a traffic dispute with a complete stranger and your first instinct is to whip out a knife and bang on that person’s window with it, then, at the very least, you should probably be going to regular anger management meetings.

The following dispute that went down in Niles, Illinois has anger issues written all over it, from the perp blocking in the other driver in the middle of the road to him getting out of the car to him brandishing the blade to him just menacingly waiting around while the other guy called the police.

Has this dude ever heard of deep breathing exercises?

Read More: This Guy Riding a Big Wheel in Pennsylvania Is Lucky That He Wasn’t Charged with Reckless Driving

The road rage incident was captured on video by a truck driver. This was his brief account of the aggressive driving shenanigans.

According to CBS Chicago, the knife-wielding instigator was 53-year-old Peter Dow, who ended up getting charged with aggravated assault.

Apparently, Dow told authorities that the other driver threw a cup of coffee during the dust-up. Which, even if that were true, it doesn’t seem like a good enough reason to pull the whole knife stunt. But, something tells me that Mr. Dow isn’t the most reasonable person.