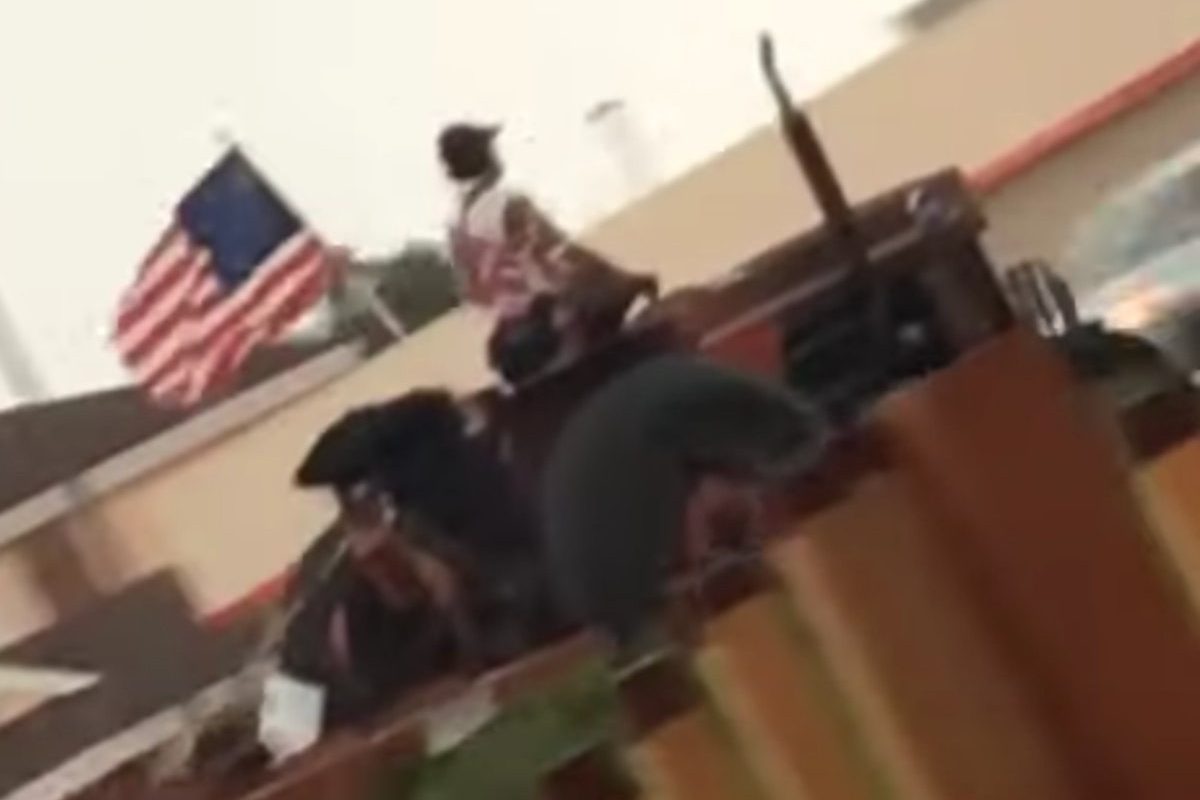 The term “legendary” gets thrown around a lot. Hand up, I tend to use it much more often that I should. That being said, if I could only use one word to describe the tractor driver who led police on a ridiculously slow chase through Marion, Illinois back in 2019, it would most definitely be “legendary.”

Now, I know that technically this guy is breaking the law and breaking the law isn’t cool and all, but just watch the below amateur video that shows about 20 seconds of the pursuit, and tell me the whole scene doesn’t scream “‘Murica!” in the loudest way possible.

“On August 9th, at 6:55pm I took my daughter to Tequilas restaurant for her birthday,” writes the person who took video of the incident. “We sat outside, and as we were eating we heard sirens going off. There was a man, driving a tractor standing up being followed by the police not pulling over. It was too funny not to record!”

I’m not one to assume (because I know that when you assume, you make an ass out of u and me), but I’d bet that Mr. Tractor-Driving Patriot probably had just a few too many brews before leading the local PD on one of the slowest chases of all time. In fact, he was probably on his way to the booze store to pick up another sixer when the cops tried pulling him over.

Being curious and all, I can’t help but imagine what went down after the pursing officer finally got the tractor driver to pull over. Did the guy try putting up a fight? Did he make a run for it? Did he calmly comply and let the officer take him in? Did he snatch the American flag from the back of his tractor, wave it around like it was the Fourth of July, and start chanting “USA! USA! USA!”?

Needless to say, never have I wanted a police chase video to have a sequel as badly as this one.