Most remote control cars don't have entire YouTube channels dedicated to them, but HENRY THE RC CAR isn't your average RC car.

For more than three years and 100+ videos, the strangely-named RC car has been up to some epic neighborhood antics, which have been captured on 180-degree, 360-degree, and even 3D videos. Here, we go back to the first video that started it all back in 2015.

As you can see from the above footage, Henry's adventures would've ended then and there if one annoyed neighbor had her way. During Henry's nearly five-minute scenic ride around the neighborhood, everything goes pretty peacefully, except for a few near run-ins with the angry lady. At multiple times throughout the video, the woman in question tries to snatch Henry right off the road, and each time, it expertly eludes her grasp. The first-person POV makes this video all the more satisfying. What a wild ride!

Now, if that video inspired you to get an RC car of your own, there are plenty of awesome models available for purchase on Amazon. The SPESXFUN 2.4 GHz Remote Control Car, for example, can go as fast as 15 MPH, has a top-notch infrared remote controller, and comes equipped with two rechargeable batteries. 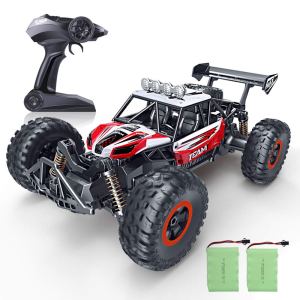 If you're more in the market for an off-roading type of RC vehicle, the DOUBLE E Four Wheel Drive RC Monster Truck may be right up your alley. This thing comes with twin motors, can trudge through just about any terrain thanks to shockproof and stable spring-supported wheels, and is stocked with a rechargeable 4.8V 800 mAh battery pack. It doesn't get much more badass than this, at least as far as remote control cars are concerned. 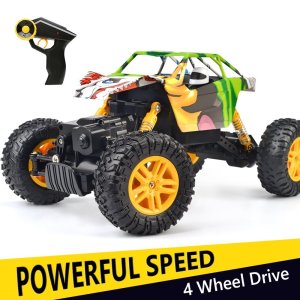 Finally, there's the Rimila Electric RC Stunt Car. Not only is this car perfect for off-roading, but its 360-degree spinning and flipping capabilities makes it a blast for people of all ages. Whether you're playing with this 7.5 MPH-car on the beach, around the neighborhood, on just in the living room, you'll get hours and hours worth of entertainment out of this thing. 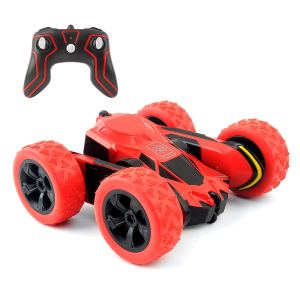