’79 Ford Bronco Gets Obliterated by 30 Pounds of Tannerite 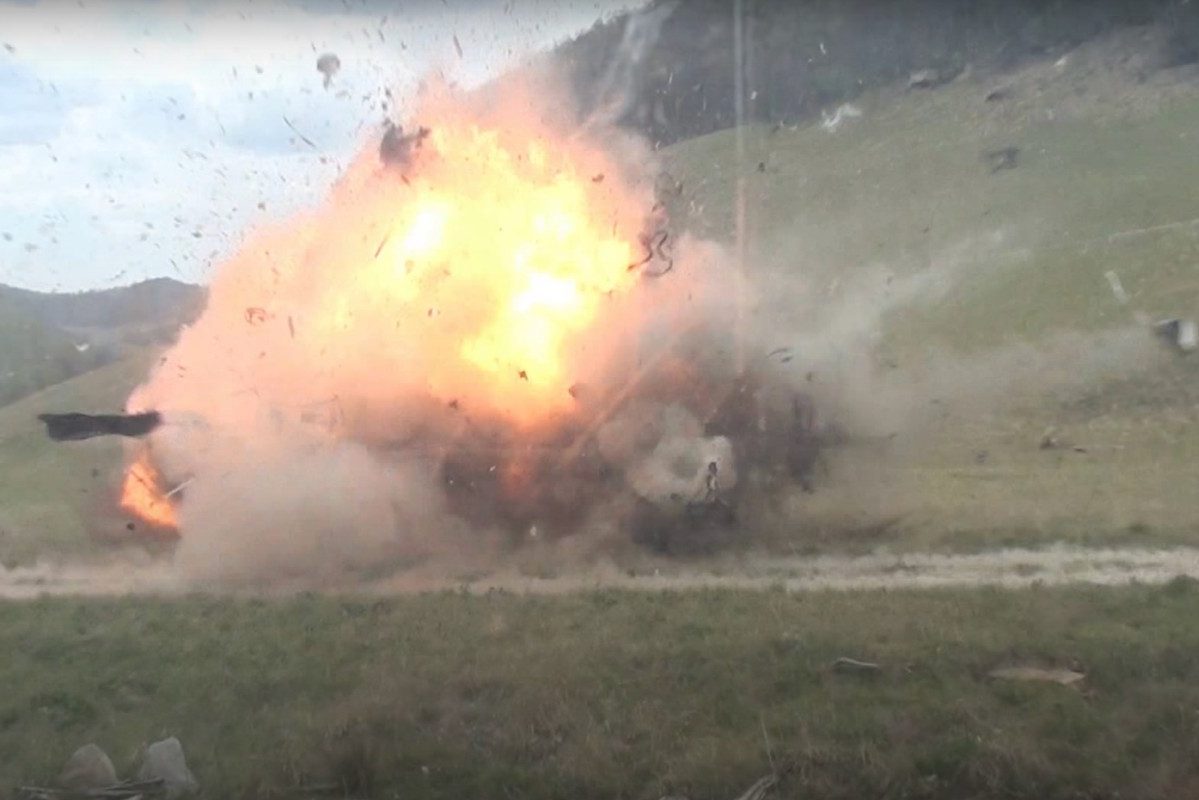 When you want to blow the everliving crap out of something and get a little bit of target practice in while you’re at it, you use Tannerite. The brand of binary explosive targets is extremely popular, and we’re guessing you’ve probably seen at least one or two fiery experiments with Tannerite, courtesy of that handy resource/time suck known as YouTube. If you haven’t, then we have got one epic surprise for you.

Back in 2014, the crew from YouTube channel cawglock23 blew up a 1979 Ford Bronco with 30 pounds of Tannerite. From 300 yards out, they shot the jug of Tannerite with a .338 Lapua Magnum. It’s like one of those disappearing act magic tricks, but without any lame magician involved. Now you see the Ford Bronco, now you don’t.

Read More: The New Ford Bronco May Be Coming Sooner Than Anticipated

Now, it’s always cool to see stuff get blown up, especially when Tannerite is involved. It’s relatively safe (so long as you stand at a far enough distance), and the safer, the better. However, seeing this ’79 Bronco get absolutely demolished could be pretty bittersweet, considering that it was one of the more beloved Bronco models.

While the Bronco is set for a 2020 comeback, its initial production run was from 1965 to 1996. The second-generation Broncos (1978-1979) were especially sought after due to their unique body style. The above model in particular had a 4×4 inline 6 manual transmission, which was fairly rare. So, if you’re a big fan of Ford, you may find yourself getting somewhat “triggered” (pun extremely intended) by the above explosion.

But, if you like seeing machines or vehicles of any kind getting blown to all hell, then you might enjoy cawglock23’s sequel to the Bronco explosion, where they blew up a Ford Econoline van with 50 pounds of Tannerite.