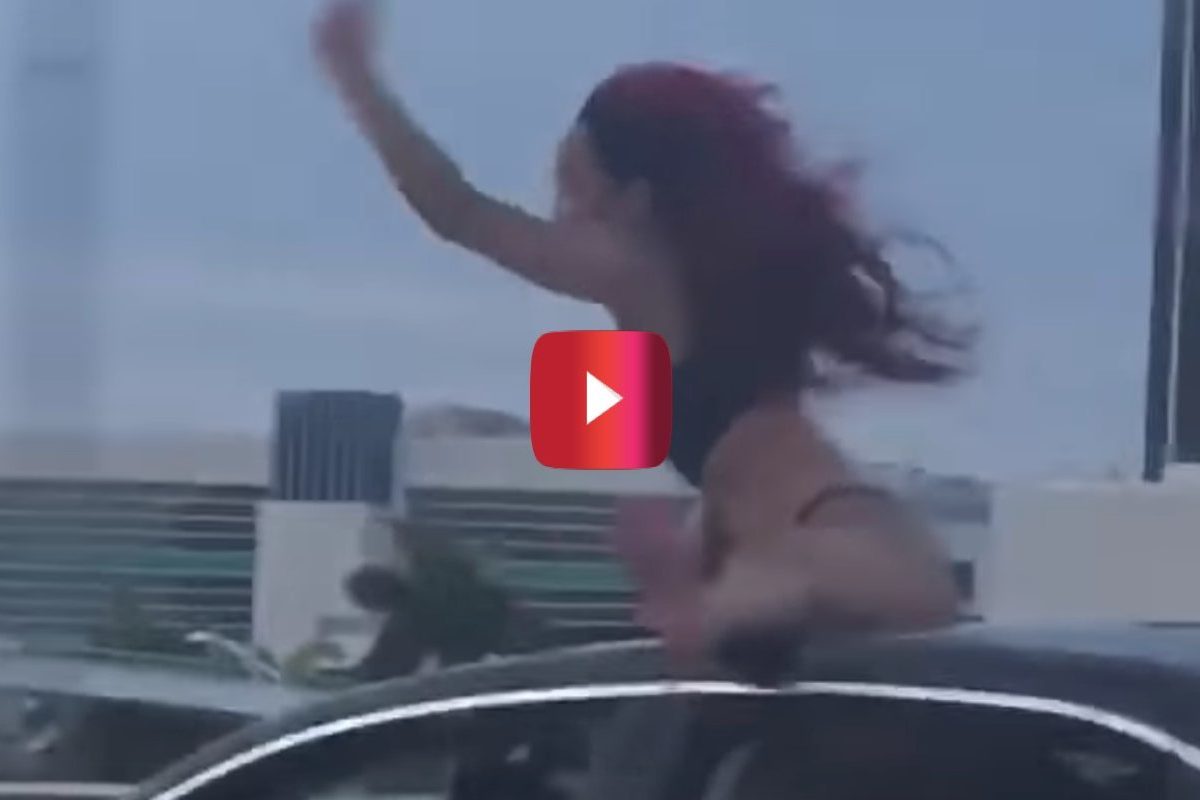 I’ve said it before, and I’ll say it again: I will never get tired of the antics that occur in Florida.

If you’ve never seen this cell phone video of a woman twerking on top of a moving vehicle, you have to check it out. It happened a few years back, but it really never gets old.

Now, this whole incident is even more hilarious if you look at who originally posted the tweet that breaking the news: the Miami Beach Police Department. Obviously, they state that citations were issued once this car was eventually stopped, but where else would you see something like this?

A commuter was just going about his day, when he saw this scene going down MacArthur Causeway, and he had to record it. Thankfully he did, because now we all get to enjoy this moment. That car is likely traveling at a good 45 MPH, so it’s almost impressive that the woman could throw down these moves while still holding on.

Read More: Here Are a Few Tips for Removing Pesky Lovebugs From Any Vehicle

Hell, for a short moment, she goes completely no hands while twerking. As the filming car passes by, you can see there’s a few other people in the vehicle, and they all just look like they’re having the time of their lives. It’s a good thing that the driver didn’t need to slam on the brakes for anything, because this could have turned pretty ugly rather quickly. At least they had a little fun before they got ticketed. I’m willing to bet that didn’t even put a damper on their day.

Remember, keep the twerking on solid ground. Not only will it make things easier, but it’s significantly safer than doing it on top of a moving vehicle. That said, I would love to see the ticket that they received just so I could see how the cop described the reasoning. Florida always knows how to take things to another level of craziness.