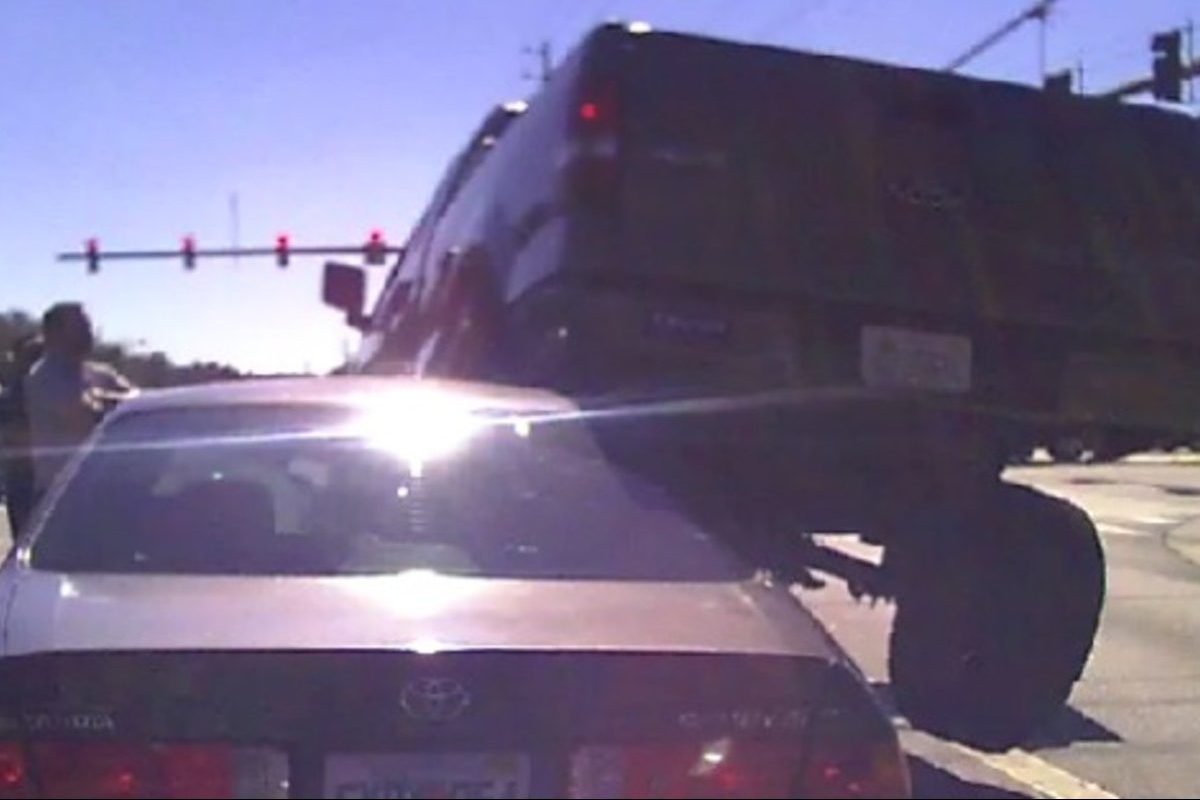 Crazy road rage incidents are a dime a dozen in Florida. One driver does something to piss another driver off, and then all that pent-up aggressiveness explodes, turning either into a heated shouting match or sometimes even a full-blown fist fight. But sometimes, even Floridians manage to out-Florida themselves with road rage of wild proportions.

Back on February 2, 2017, such an instance of road rage escalated into a man backing his truck over another man’s Camry. So far, the initial premise doesn’t sound all that surprising. The truck driver likely snapped and decided to take it out on the Camry driver, right? You might think that’d be the case, but not quite. As it turns out, the Camry driver is the one who ended up getting a free ride in the back of a police cruiser.

According to Bay News 9, Zach Waring was driving in his lifted truck with his girlfriend and their 11-month-old when they noticed Adalberto Aponte driving erratically behind them in the Camry. At a light, Aponte got out of his car, approached Waring, and began punching him through the truck’s open window. When Waring’s girlfriend tried to scare off Aponte by mentioning that there was a gun in the truck, Aponte headed towards his car and said, “I’ll show you a real gun.”

Without a safe escape route due to the red light, Waring kept Aponte from retrieving his gun by throwing the truck in reverse and driving right up onto the Camry’s hood. Aponte was arrested and charged with burglary, battery, criminal mischief, and driving with a suspended license. Not a method we would recommend, but in this case, Waring may have saved his young family by reenacting Monster Jam.