Man Creates a Jet Ski That Can Drive on Land, And Of Course He’s From Florida 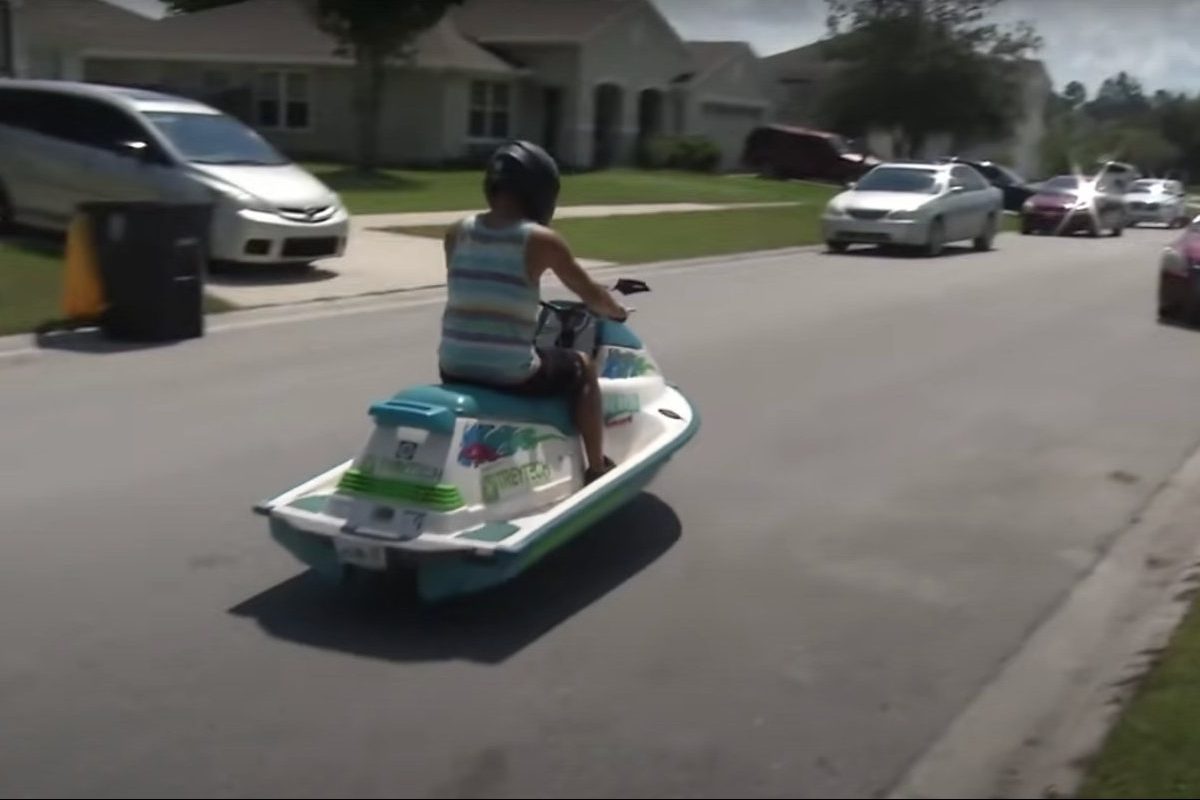 Jet skis are awesome. They’re definitely the choppers of the water. They’re fast and provide a great way to spend some time on the water and have fun in the sun. One Floridian loved jet skis so much that he decided they shouldn’t be limited to water.

How on Earth do you get a jet ski to work on land? You modify it, of course. Trey Yarbrough is a 23-year-old fabrication shop worker with a love for jet skis. He used his fabrication shop skills to attach a jet ski body to a 1989 Honda Elite Scooter. Yarbrough accomplished this by hollowing out the bottom of the jet ski. Just check this thing out in action!

Oddly enough, the Ski Scooter has been made entirely street legal. Trey did his due diligence and made sure the Jet Ski Scooter included brake lights and a license plate. Getting it registered at the DMV sounds interesting. Trey’s custom Jet Ski Scooter not only looks good, but it also runs great!

When Trey lent his daily to a buddy, the scooter was a welcome alternative. He took to the streets of Jacksonville on it, and immediately gained the attention of others. Trey was inspired by someone on social media who showed off a similar build. The two communicated and made a plan of action to create this beauty.

The Ski Scooter was approved by the Department of Transportation, because it is technically still a scooter, just modified with a body kit. I think it’s fair to say Trey has the coolest scooter in Florida. As far as advantages go, the Ski Scooter has to be comfier than the average scooter. It’ll also get a lot more attention if that’s what you’re after. Trey is a genius for bringing jet skis to land. Will this start a new trend in Florida and states around the U.S., or is the Jet Ski Scooter reserved for the bold?