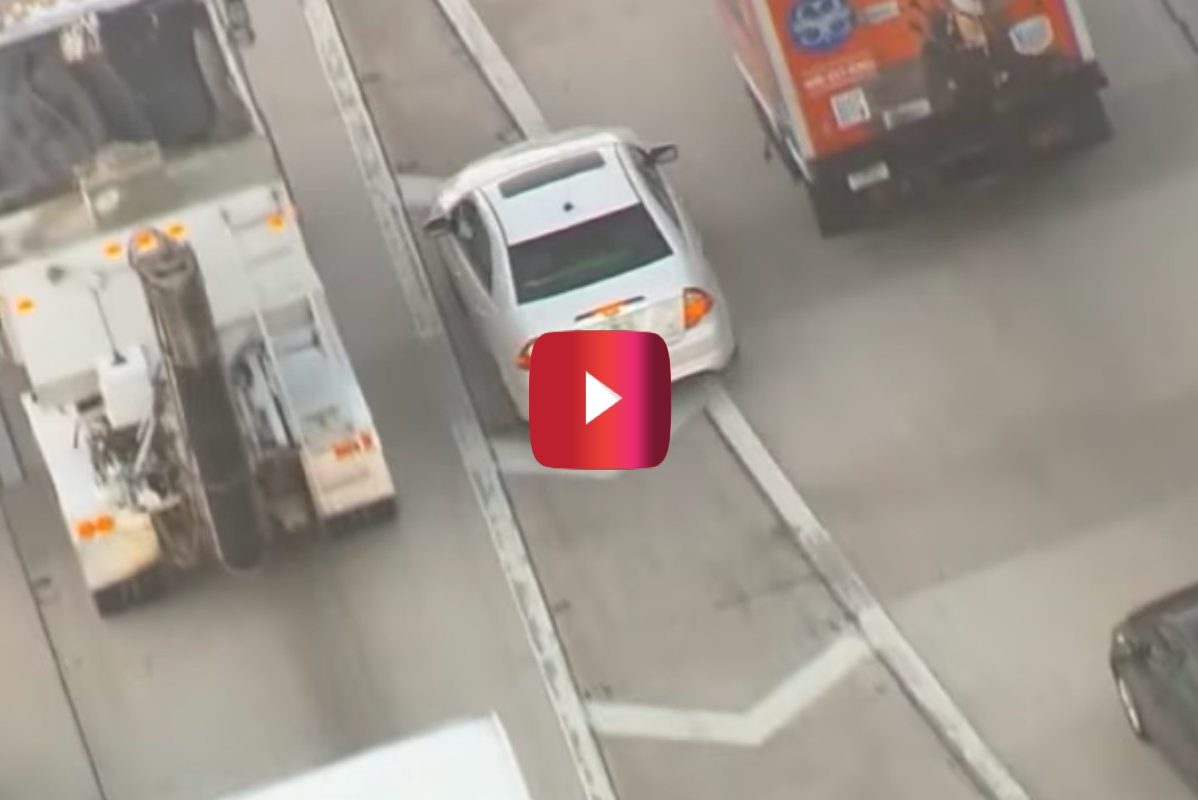 No one likes to sit in traffic. Find me one person who says that they have no problem with it taking exponentially longer to get to the place that they need to be, and I’ll show you someone who is either a liar or who has something seriously wrong with them. Unless that place happens to be the in-laws house. Totally understandable in that case.

As much as traffic sucks, once you’re stuck in it, there are not many things that you can do to get out of it. Well, legally anyway. But, one Florida driver had no problem with breaking the rules of the road when he avoided gridlocked traffic by speeding along on the shoulder. The illegal maneuver was captured via helicopter, which you can see in the below video.

Read More: 6 of the Most Haunted Roads in the U.S. and the Spooky Stories Behind Them

Admit it. We all wish we could pull the whole driving on the shoulder move to avoid traffic. Maybe a few of you out there have even done it a time or two. I mean, it’s pretty damn effective. But, on the other hand, also extremely illegal and dangerous.

To be completely honest, this whole scenario has the feel of a man who is very much on the run from the law. For one, you have the whole situation of the helicopter following him, and if I had to guess, I would say that there were a least a few cop cars who were not far behind this guy.

And even if this guy wasn’t leading state police on a high-speed chase, I’m sure he’ll, at the very least, be receiving a ticket in the mail sometime soon for reckless driving. Which makes the whole driving on the shoulder thing 100% not worth it.